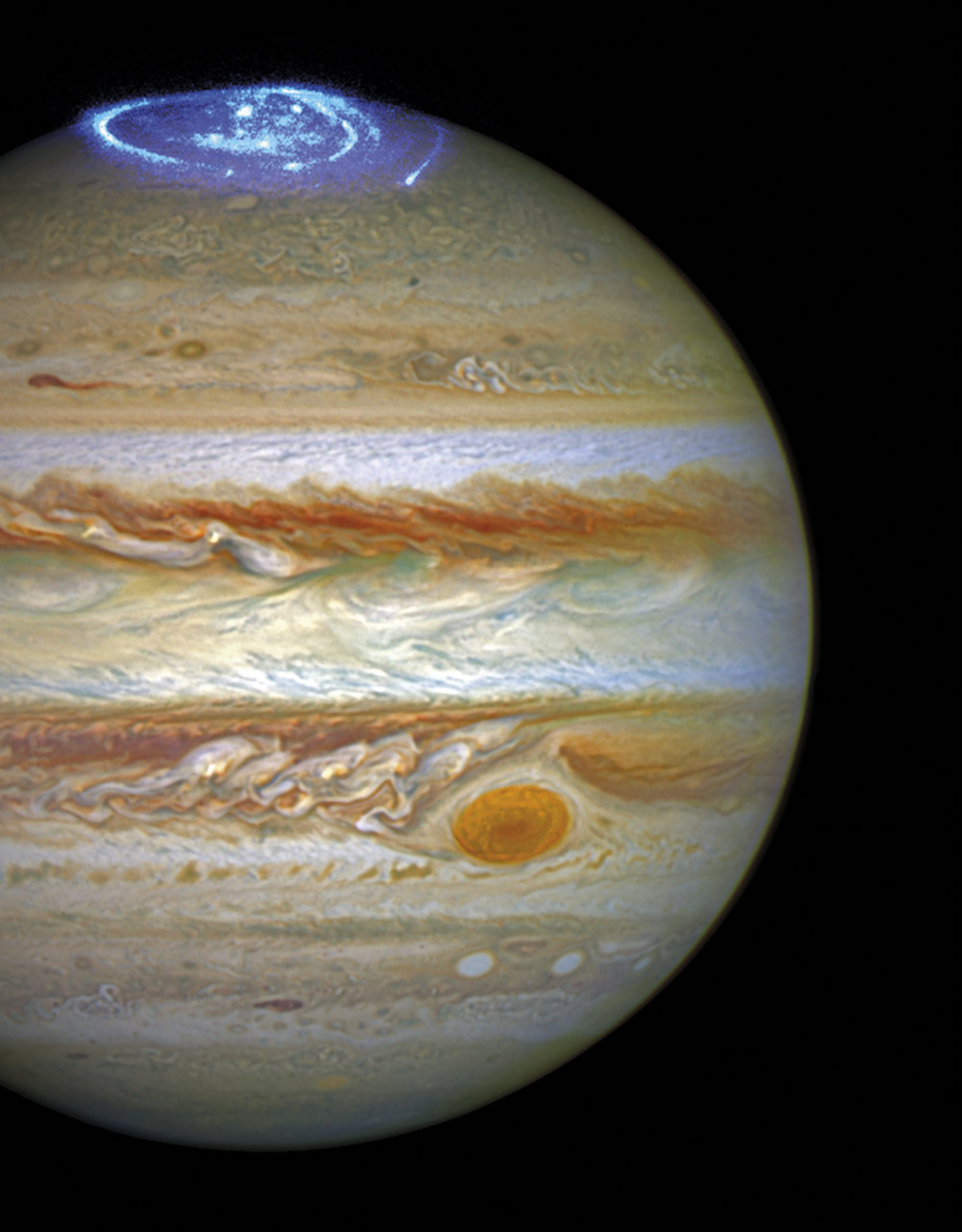 Jovian Northern Lights  Astronomers are using the Hubble Space Telescope to study auroras—stunning light shows in a planet’s atmosphere—on Jupiter’s poles. Hubble captured the auroras during a series of far-ultraviolet-light observations taking place as NASA’s Juno spacecraft approached Jupiter in 2016. The aim of the observations is to determine how Jupiter’s auroras respond to changing conditions in the solar wind, a stream of charged particles emitted from the sun. Auroras are formed when charged particles in the space surrounding the planet are accelerated to high energies along the planet’s magnetic field. When the particles hit the atmosphere near the magnetic poles, they cause it to glow like gases in a fluorescent light fixture. Jupiter’s magnetosphere is 20,000 times stronger than Earth’s.