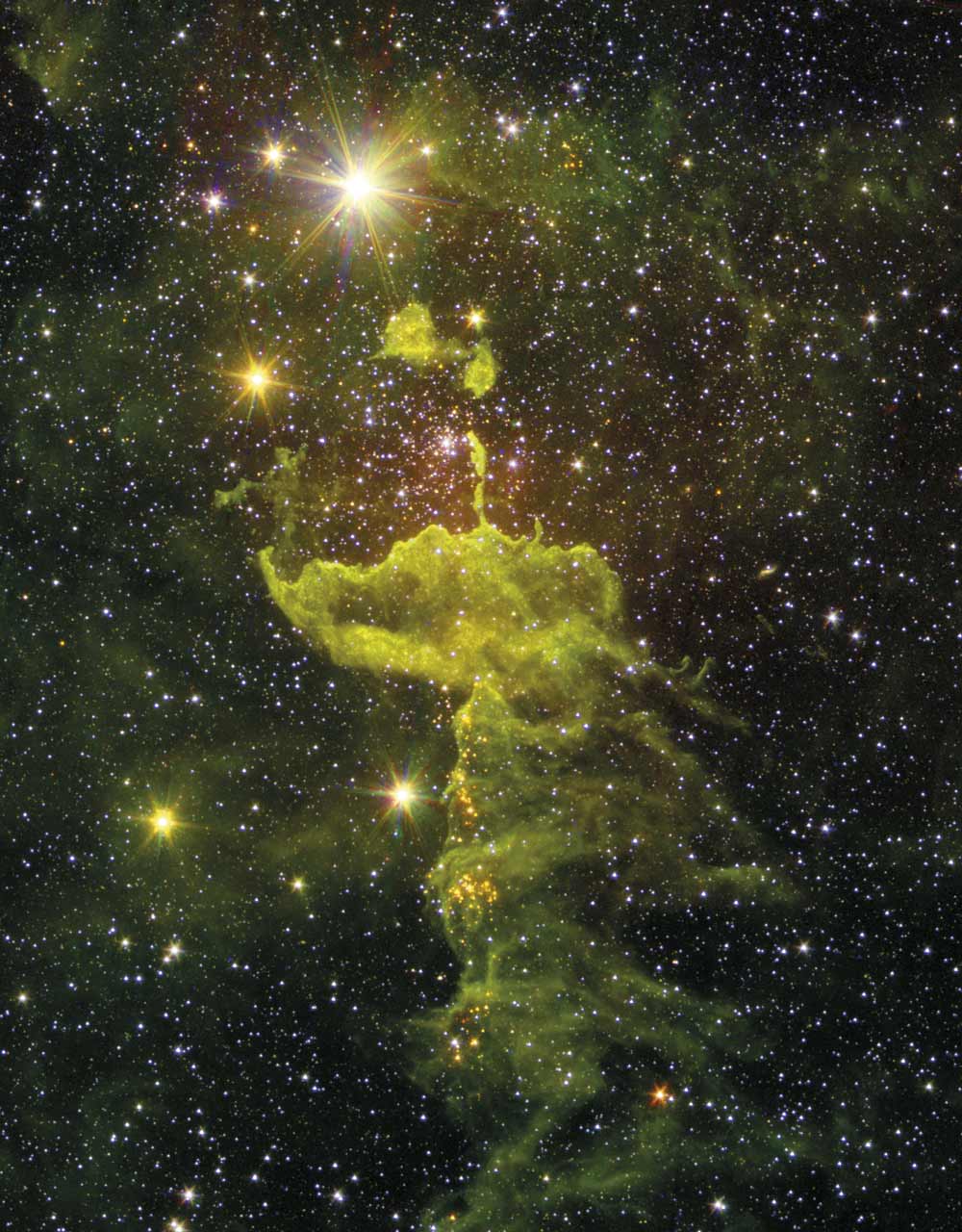 Great Green Spider  The spider part of “The Spider and the Fly” nebulae, IC 417 abounds in star formation, as seen in this infrared image from NASA’s Spitzer Space Telescope and the ground-based Two Micron All Sky Survey. Located in the constellation Auriga, IC 417 lies about 10,000 light-years away. It is in the outer part of the Milky Way, almost exactly in the opposite direction from the galactic center. A cluster of young stars called “Stock 8” can be seen just above center. The light from this cluster carves out a bowl in the nearby dust clouds, seen here as green fluff. Along the sinuous tail in the center and to the bottom, groupings of red point sources are also young stars. In this image, infrared wavelengths, which are invisible to the unaided eye, have been assigned visible colors.