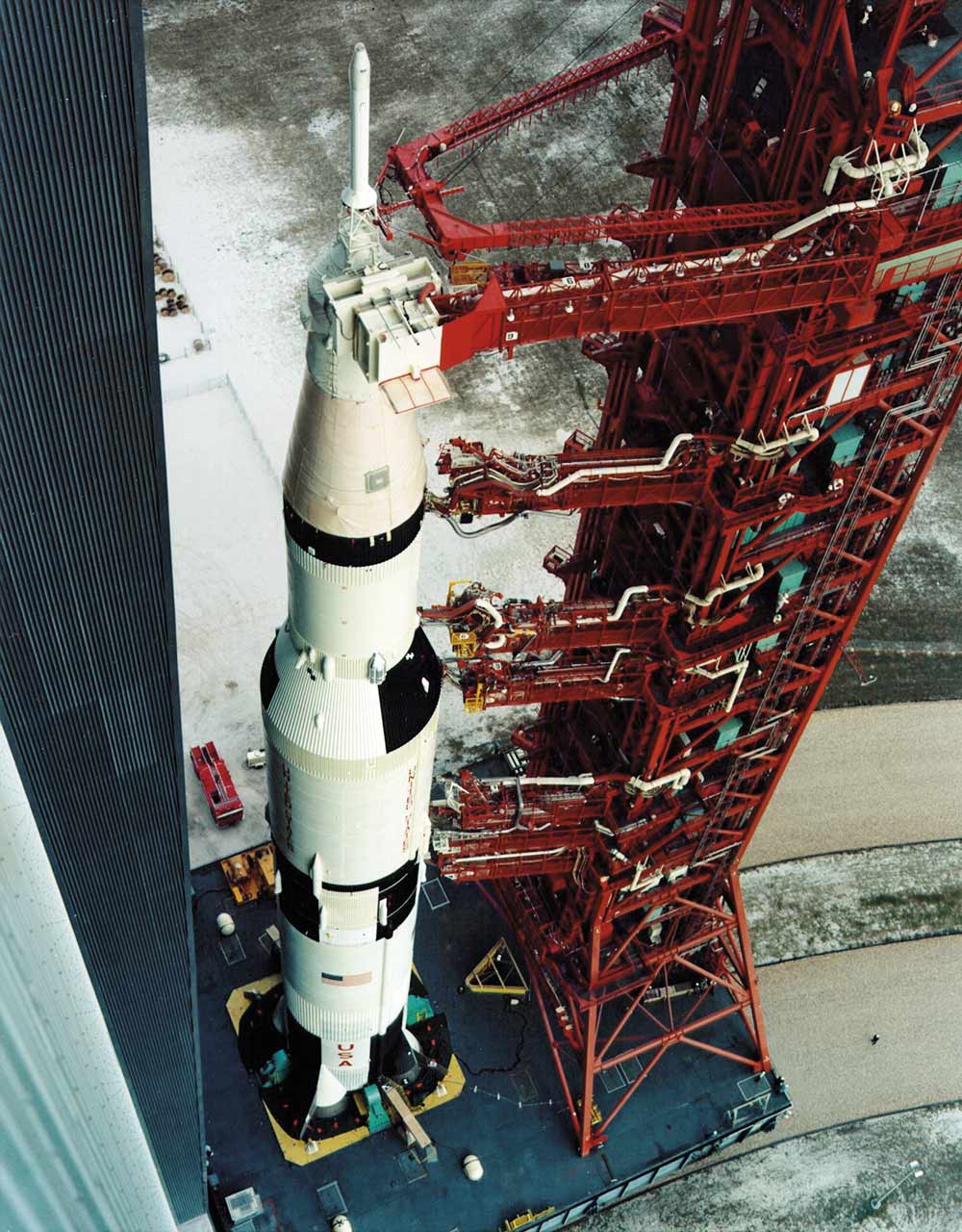 Saturn Gets the Go-Ahead   Apollo’s ambitious plan to land astronauts on the Moon before the end of the 1960s took a great leap forward fifty-five years ago this week when NASA authorized the full-scale development of the Saturn C-5 launch vehicle (later known as the Saturn V) in a configuration that featured five F-1 engines in the first stage. That stage, eventually dubbed the S-IC, was 10 meters (33 ft) in diameter and 42 meters (138 ft) long. Its cluster of engines produced 34 meganewtons (7.5 million lbs) of thrust, making the Saturn V the most powerful operational launch vehicle ever built. During the 150 seconds it burned, the S-IC consumed 1,950 metric tons (4.3 million lbs) of kerosene and liquid oxygen propellants. Seen here, the Apollo 6 Saturn V leaves the Vehicle Assembly Building in 1968.