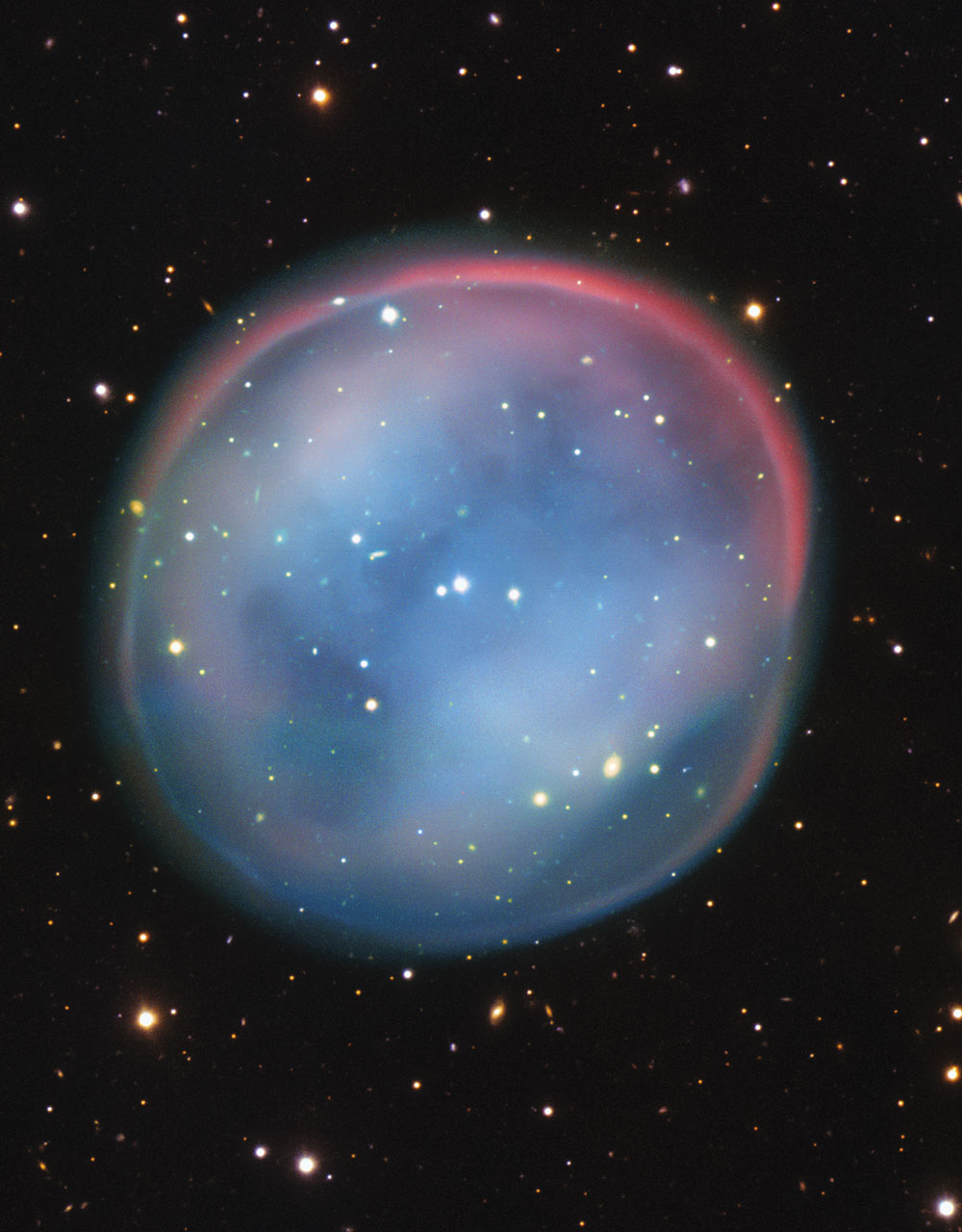 Ghostly Bubble  This extraordinary bubble, glowing like the ghost of a star in the haunting darkness of space, may appear supernatural and mysterious, but it is a familiar astronomical object: a planetary nebula, the remnants of a dying star. This is the best view of the little-known object ESO 378-1 yet obtained and was captured by European Southern Observatory’s Very Large Telescope in Chile. Nicknamed the Southern Owl Nebula, this shimmering orb has a diameter of almost four light-years, and is located in the constellation Hydra. Its nickname relates to its visual cousin in the northern hemisphere, the Owl Nebula. Like all planetary nebulae, ESO 378-1 is a relatively short-lived phenomenon, lasting only a few tens of thousands of years, compared to a typical stellar lifetime of several billion years.