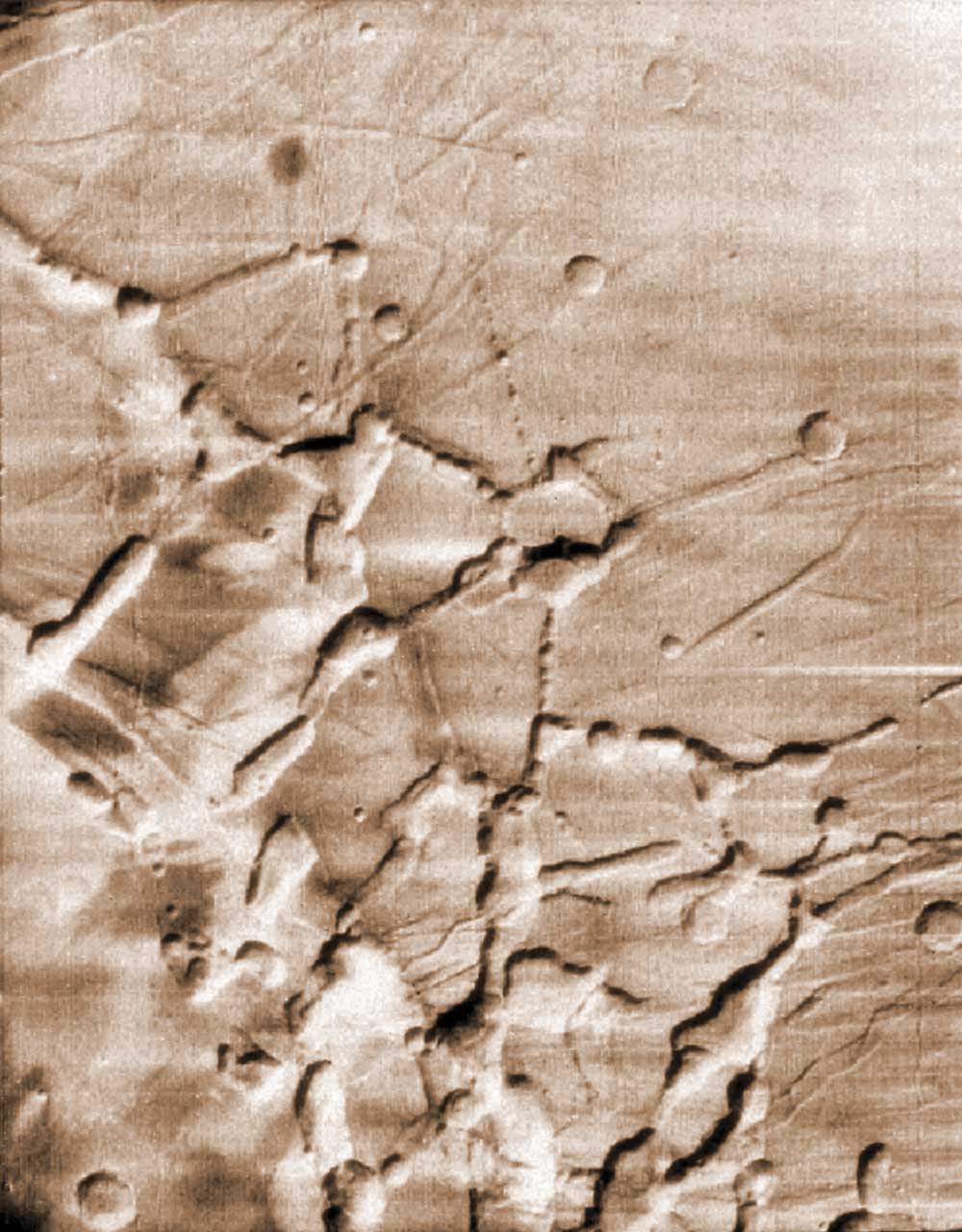 Waiting for the Dust to Settle  The 1965 Mariner 4 Mars flyby put an end to any belief in a Martian civilization when its twenty-one photos revealed a barren, cratered, lifeless world. In 1971, the more sophisticated Mariner 9 became the first spacecraft to orbit another planet. When it arrived at Mars, however, the Red Planet was almost completely shrouded in a global dust storm. Biding its time for over a month while the dust settled, Mariner 9 began mapping Mars forty-five years ago this week, photographing the entire surface in unprecedented detail. Of particular interest was the Mariner Valley, a canyon that stretches 5,000 km (3,000 mi)—nearly a quarter of the way around Mars. This Mariner 9 image shows 400 km (240 mi) of the “labyrinth” area at the western end of the Mariner Valley.