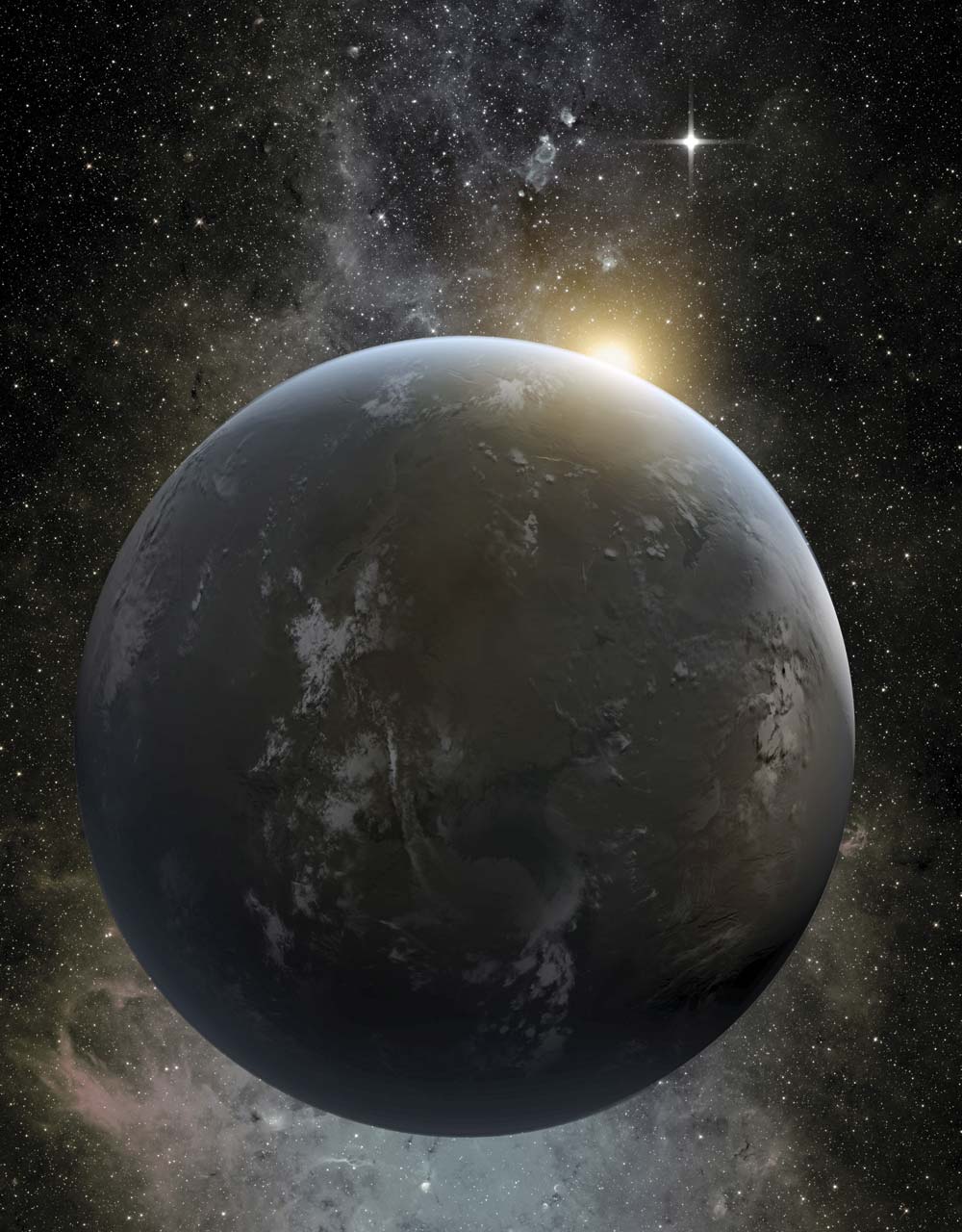 Another Earth?  Only about one and a half times larger than Earth, Kepler-62f  is one of the smallest confirmed exoplanets to be discovered within its host star’s “Goldilocks” zone—the region where conditions are potentially “just right” for the planet to be habitable. Like Earth, Kepler-62f is composed of silicate rock and iron. It orbits its orange type K star at a distance where liquid water could exist on its surface (or perhaps under a thin layer of ice), possibly in the form of oceans or even a planet-wide sea. Kepler-62f may even have a moon or two. If conditions are right and have been so for a reasonable time, this exoplanet may possibly harbor some form of life—another Earth, 1,200 light-years away. As our abilities to observe and ultimately travel the Universe progress, we may one day know for sure.