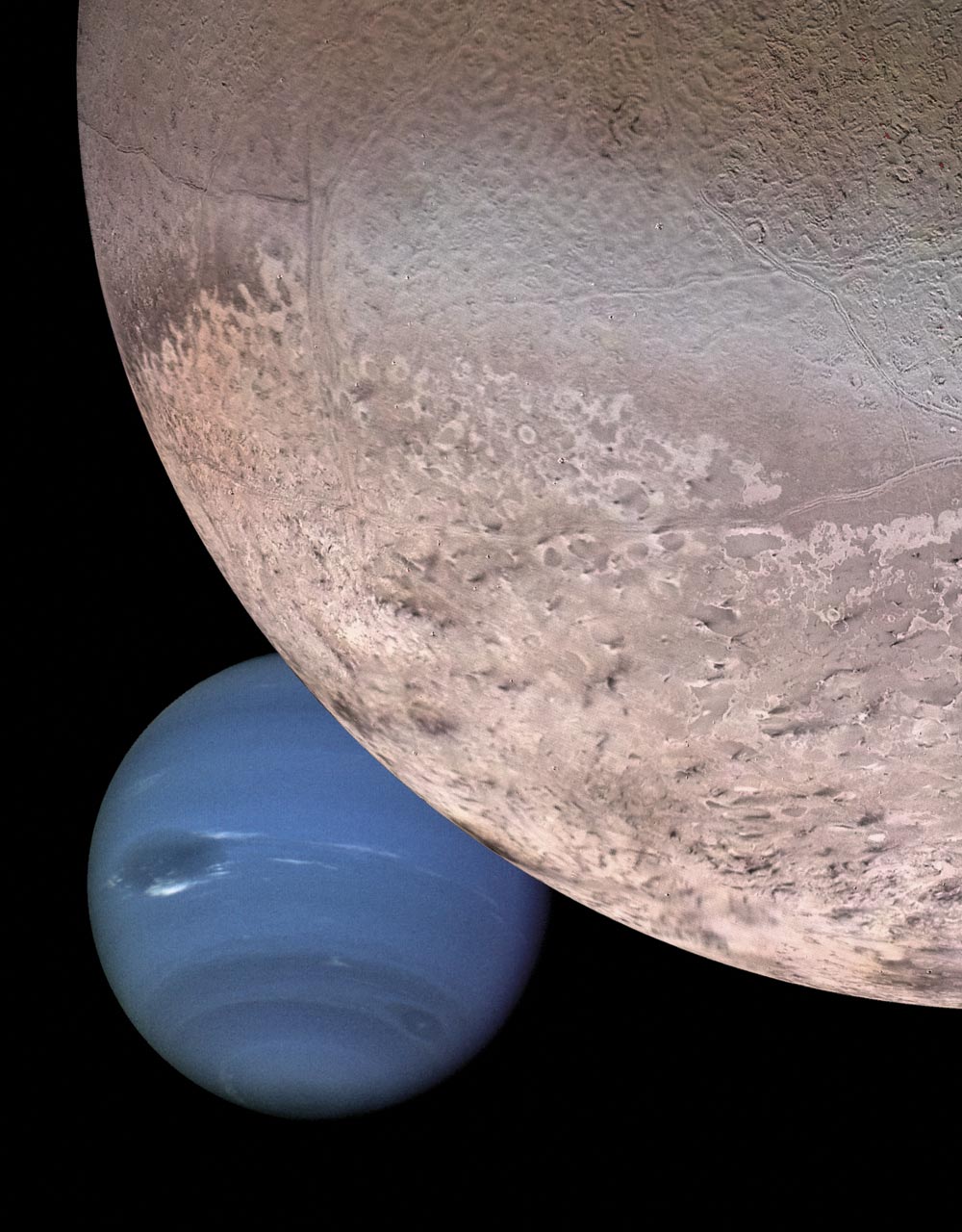 Neptune’s Poached Moon  The largest moon of Neptune, and the seventh-largest moon in the solar system, Triton was first observed 170 years ago this week by William Lassell, an English amateur astronomer. At the time, Neptune itself had only been known about for seventeen days and was still called “Le Verrier’s planet,” after the French mathematician who correctly hypothesized its then-current position. An oddity among larger moons, Triton travels in a highly-tilted retrograde orbit around Neptune (in the opposite direction that the ice giant rotates). It also has a high density, and likely has a core of rock and solid metal beneath its water-and-nitrogen-ice crust. This leads scientists to believe that Triton originated in the Kuiper Belt, beyond Neptune, and was captured by Neptune’s gravity.