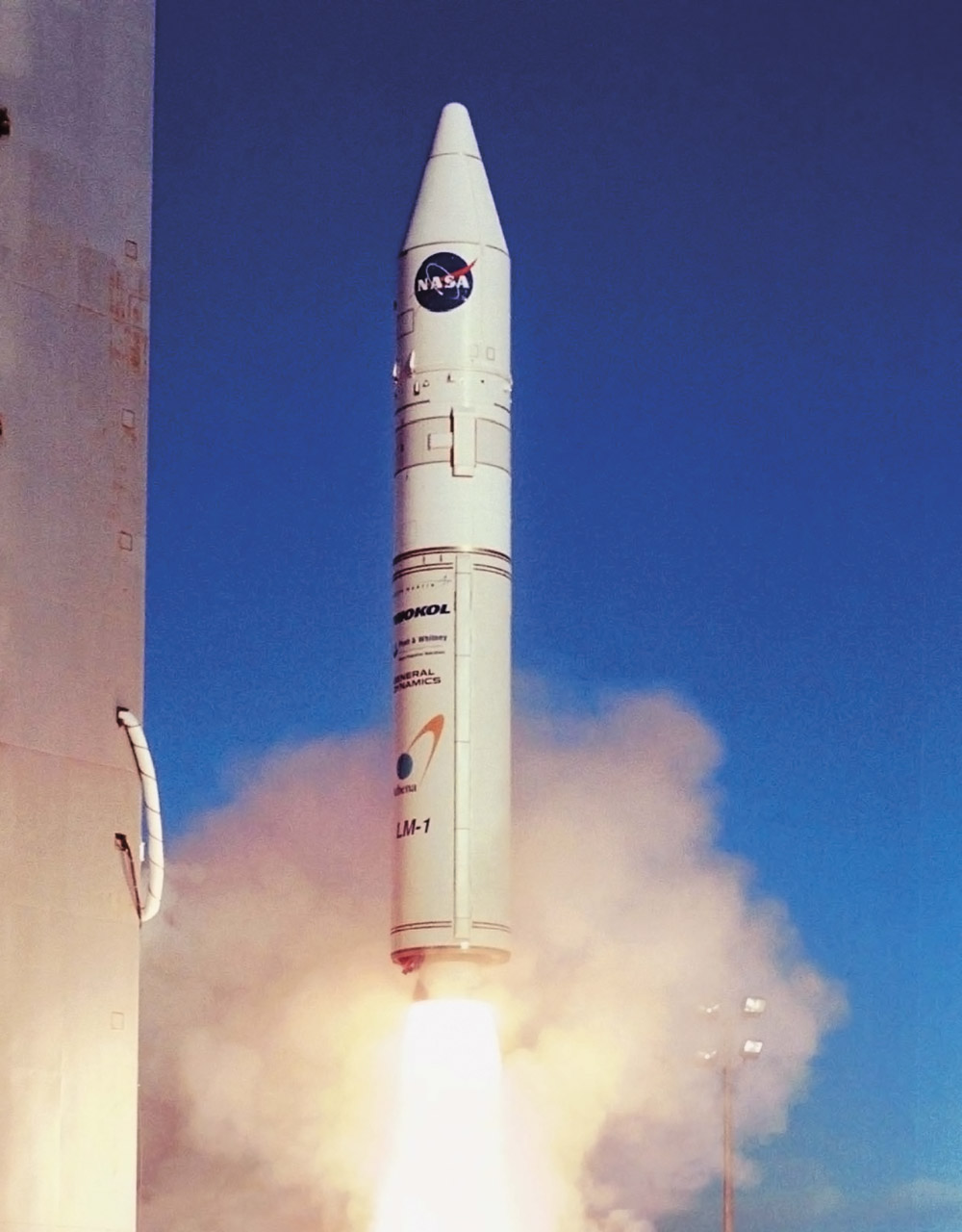 Athena’s Final Flight  Fifteen years ago this week, a Lockheed Martin Athena I rocket lifted off from Alaska’s Kodiak Launch Complex carrying the PicoSAT, PCSat, Sapphire, and NASA-sponsored Starshine 3 experimental satellites as part of the Kodiak Star mission. It was the first successful orbital launch from Alaska and the fourth and final launch of an Athena vehicle. The 19-meter-high (62-ft) three-stage Athena was an expendable small-lift vehicle capable of ferrying up to 820 kg (1,810 lbs) to low-Earth orbit. Its successor, the four-stage Athena II, could lift two and a half times that. In all, Athena rockets have lifted off seven times between 1995 and 2001, with only two launch failures. Returning an Athena variant to service has been considered, but no further plans have been announced.