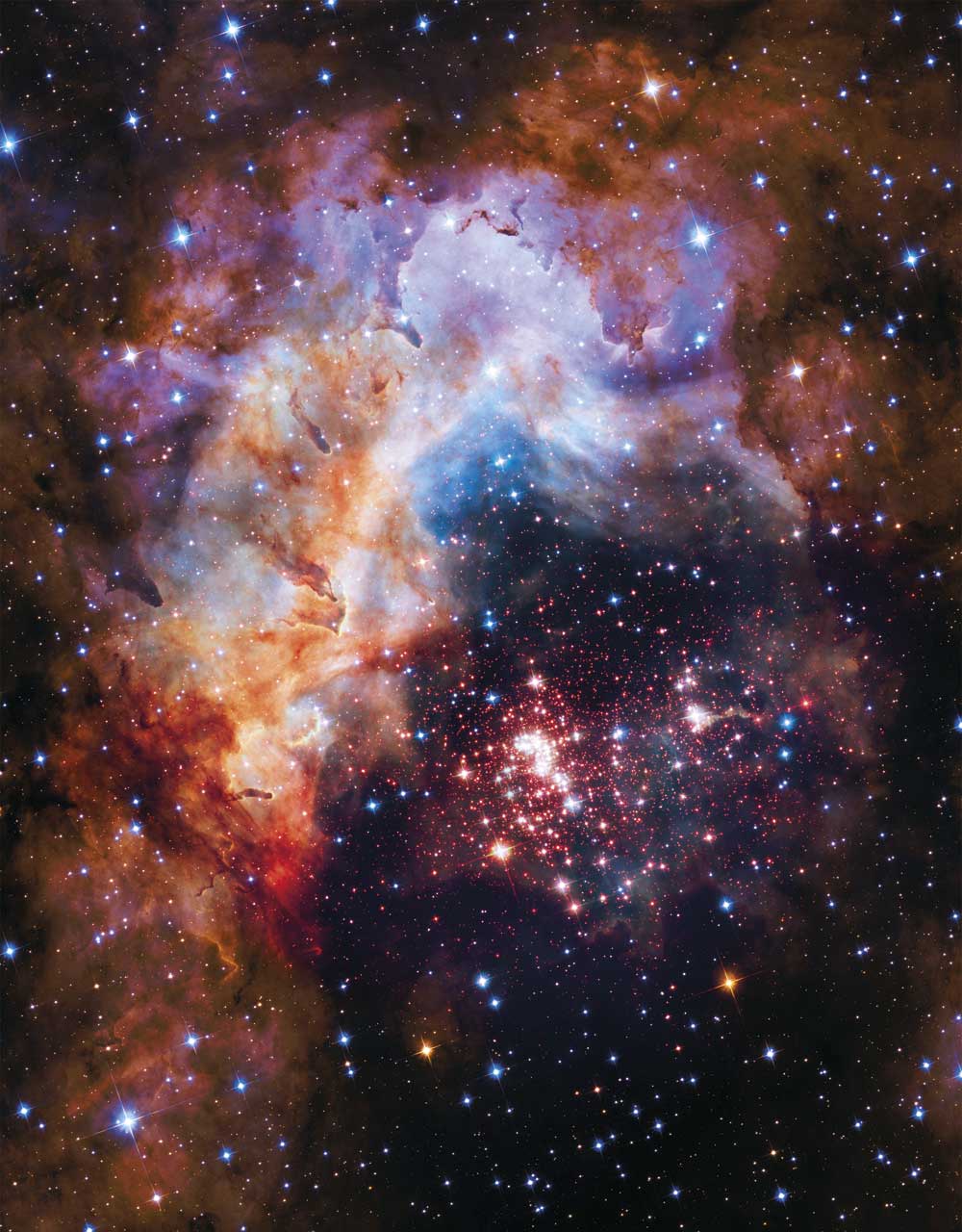 Hubble Reveals a Dramatic Stellar Nursery  Using the dust-piercing powers of its near-infrared Advanced Camera for Surveys and Wide Field Camera 3, the Hubble Space Telescope collected data for this image of Westerlund 2, a cluster of over 3,000 young stars located 20,000 light-years away within our Milky Way galaxy, in the constellation Carina. Powerful stellar winds from the massive two-million-year-old stars (very young in astronomical terms) have carved a canyon from the cloud surrounding the cluster, causing various elements within it to glow brightly from their ionizing ultraviolet radiation. As the gas and dust within the Westerlund 2 region is blasted away from the cluster, shadowy light-year-long pillars are formed, each of which will itself become a nursery for more new stars.