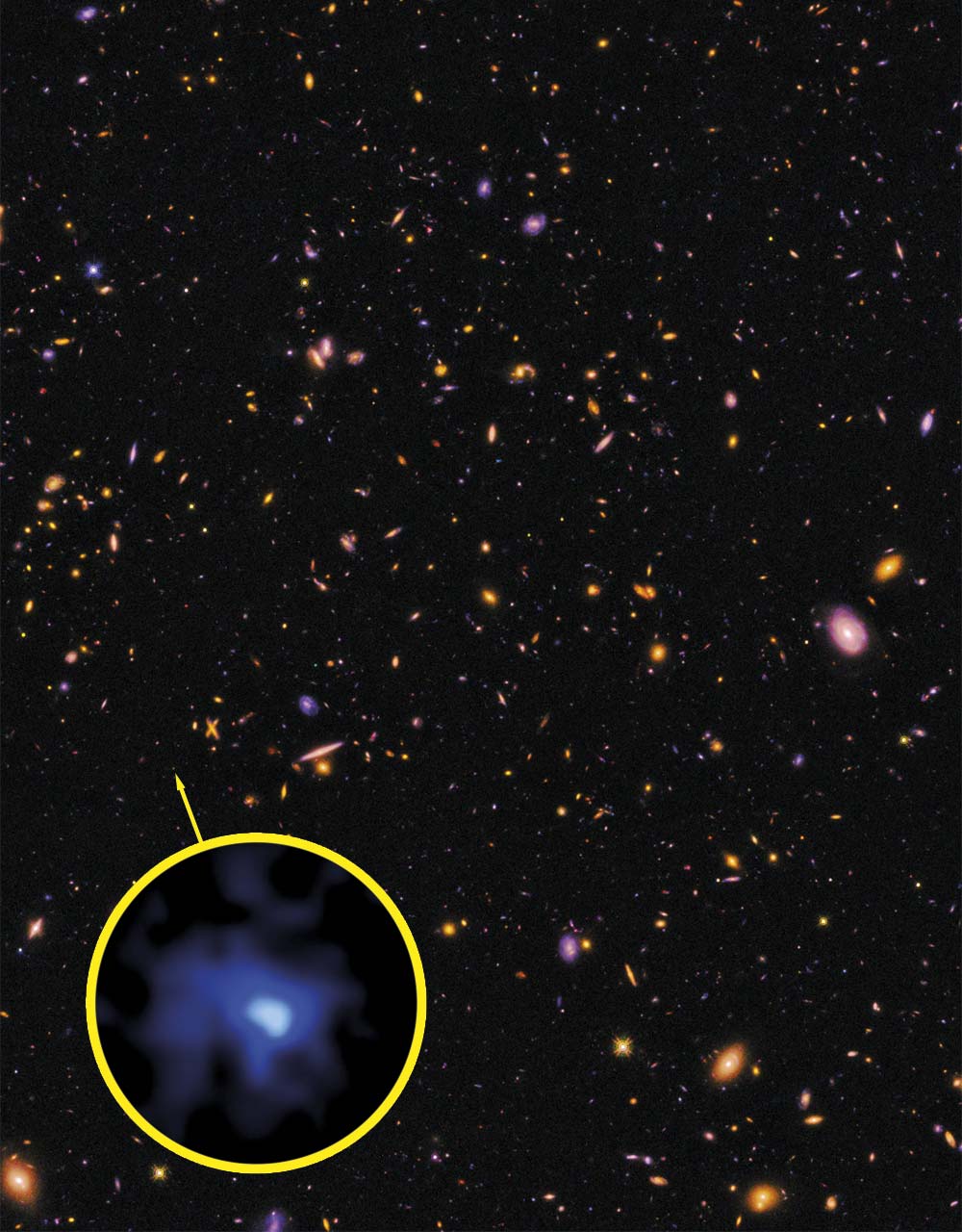 How Far is Far? The blue blob in this Hubble image is the faint light from a galaxy so ancient and far away we’re seeing it as it looked when the Universe was less than 700 million years old—less than one-seventh the age of the Earth. We know this object, EGS-zs8-1, is the most distant galaxy yet discovered in part because of a high-school dropout, former observatory janitor, and eventual assistant to Edwin Hubble named Milton Humason. Born 125 years ago this week, Humason helped Hubble measure cosmic distances via the Doppler effect on light known as redshift. Over the course of his career at Mount Wilson, Humason determined the radial velocities of 620 galaxies (i.e., how quickly they appear to be moving away from our own), and helped Hubble calculate the approximate age of the Universe.