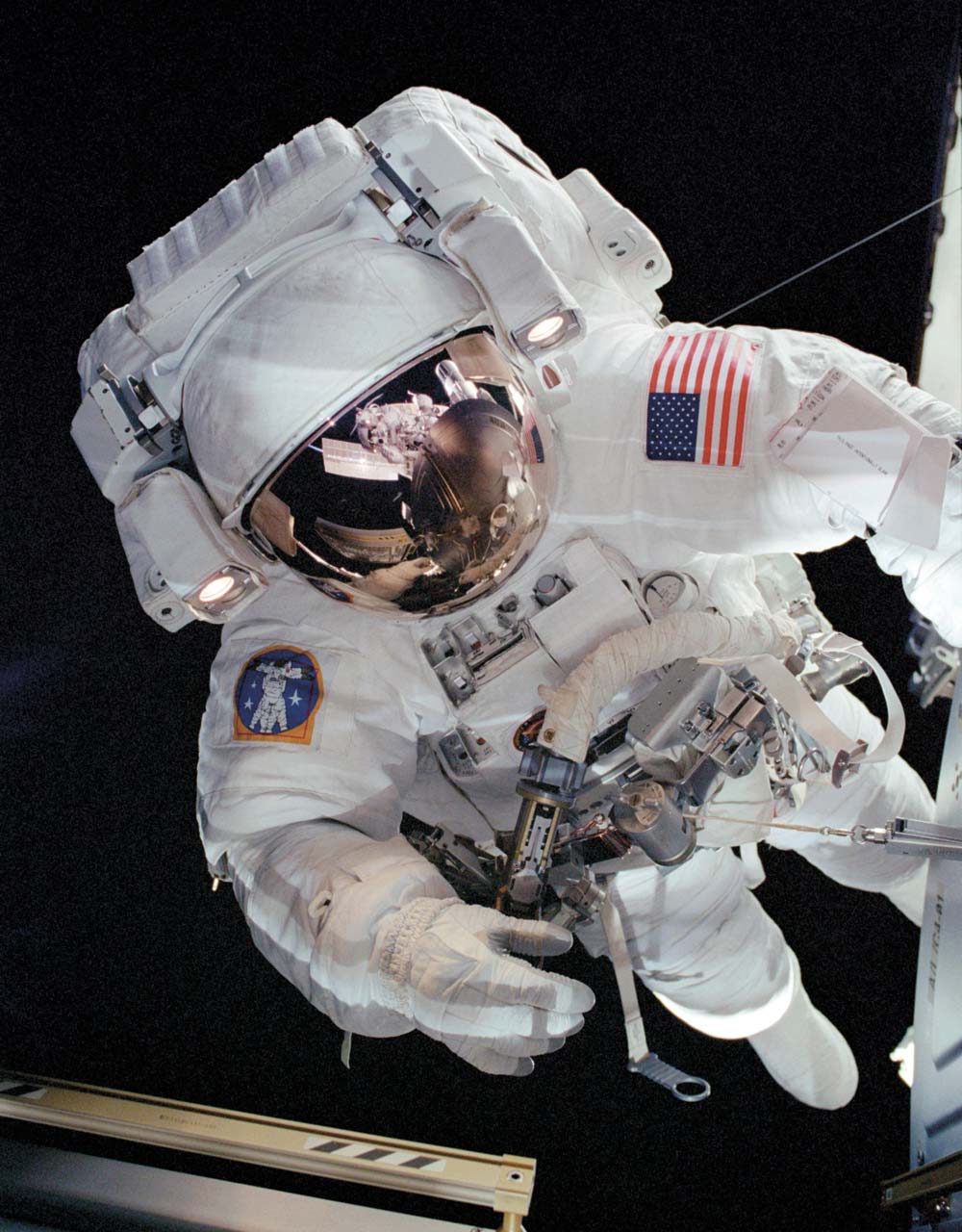 All in a Day’s Work  Astronaut Patrick G. Forrester is tethered to the outside of the International Space Station as he works on the exterior of the Destiny laboratory module during the STS-105 mission, which was launched fifteen years ago this week. During the mission, the orbiter Discovery ferried the Multi-Purpose Logistics Module Leonardo, which held 3,181 kg (7,000 lbs) of cargo and supplies for the Station, including the Early Ammonia Servicer, which was installed on the outside of the ISS. Astronauts conducted two separate spacewalks totaling almost twelve hours. During its nearly twelve days in space, Discovery completed 186 orbits of Earth and traveled a distance of 7 million km (4.3 million mi) before returning to Earth, landing at Kennedy Space Center’s Runway 15 on August 22.