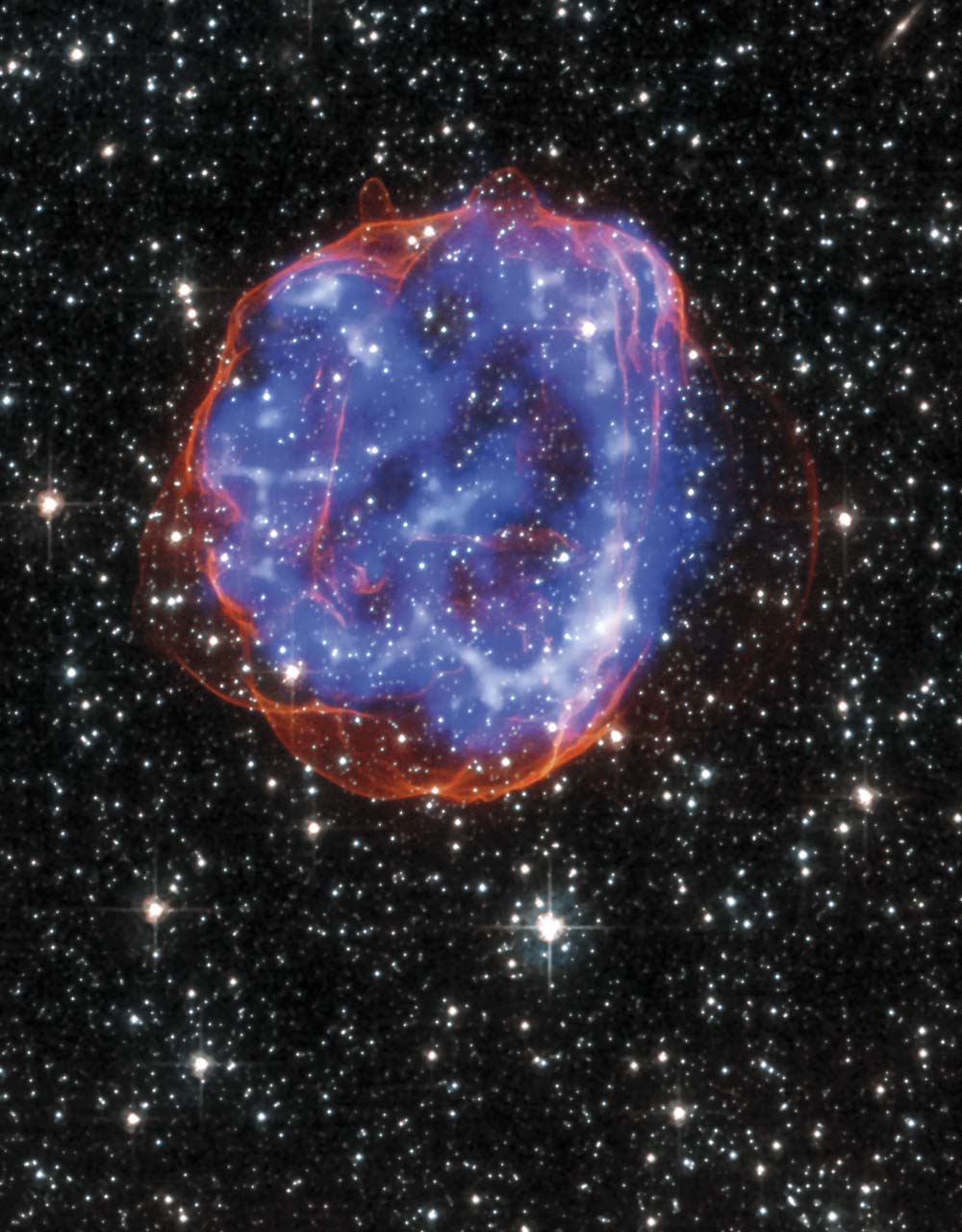 An Interstellar Soap Bubble   Resembling an enormous soap bubble (or perhaps a tiny deep-sea organism) this blue and red ring is actually the remains of a massive star that exploded in the Large Magellanic Cloud, a small satellite galaxy that orbits our Milky Way 200,000 light-years away. Known as SNR E0519-69.0, this supernova remnant contains expanding rings of gas so hot that they emit light in X-ray wavelengths, seen here in blue as captured by the Chandra X-ray telescope. Red represents the visible-light glow of ionized hydrogen, observed by the Hubble Space Telescope (as were the surrounding stars). The material that massive stars blast out into space at the end of their lives is eventually used to form new stars and new planets, the timeless cosmic repurposing of raw elements.