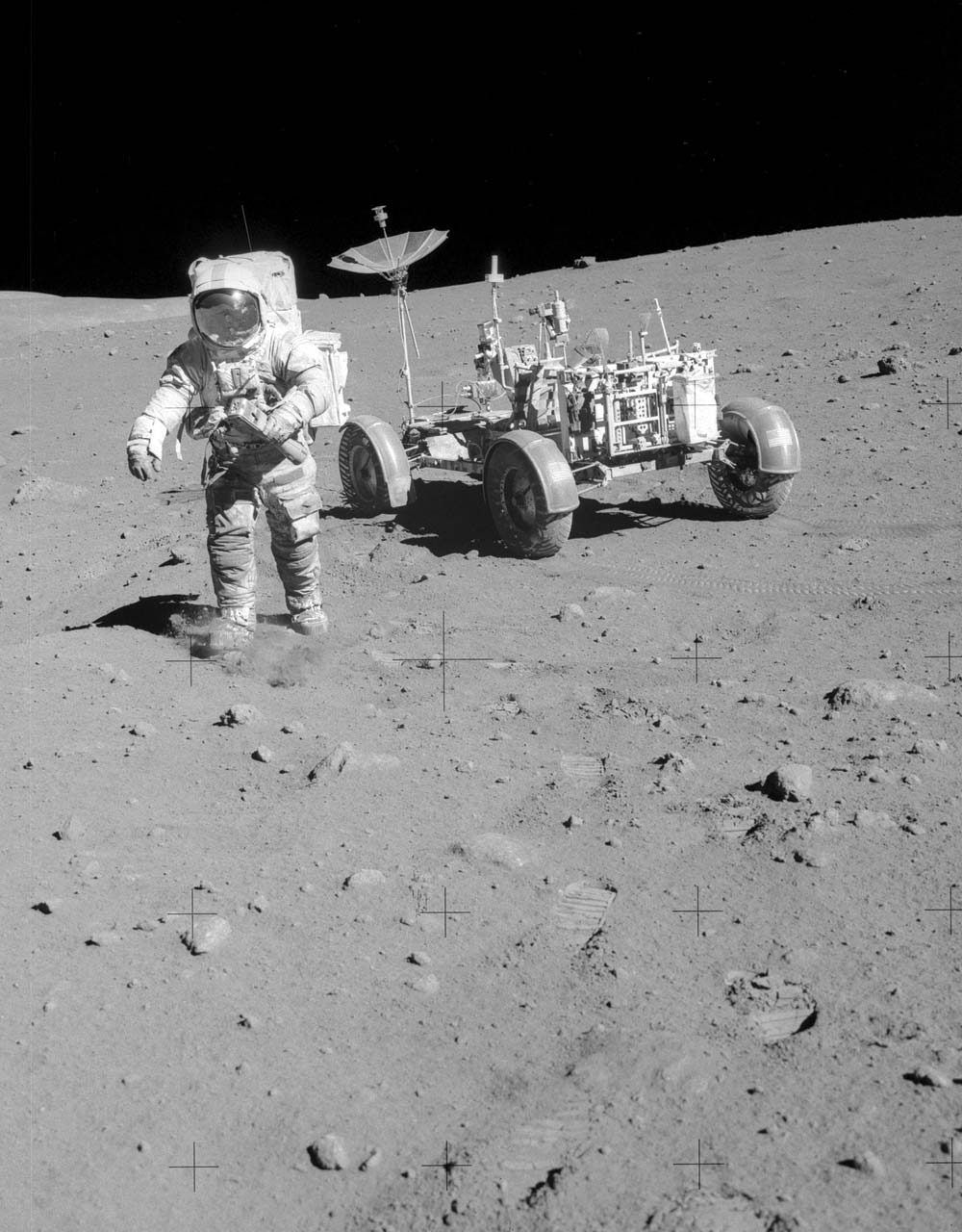 The First Parking Job on the Moon  Astronaut David R. Scott kicks up a dusty cloud of lunar regolith during Apollo 15, the fourth crewed landing and first of three missions to utilize the Lunar Roving Vehicle (LRV). Launched forty-five years ago this week, Apollo 15 took three days to reach the Moon. Astronauts Scott and James Irwin landed the lunar module Falcon at Hadley Rille on July 30, leaving Alfred Worden in lunar orbit in the command module Endeavour. The LRVs greatly extended the range that Apollo astronauts could explore, with Scott and Irwin traversing a total of 27.8 km (17.3 mi) in three hours of driving time over the course of three EVAs. Scott and Irwin departed the lunar surface on August 2, leaving the Falcon’s descent stage, five science packages, and the LRV behind.