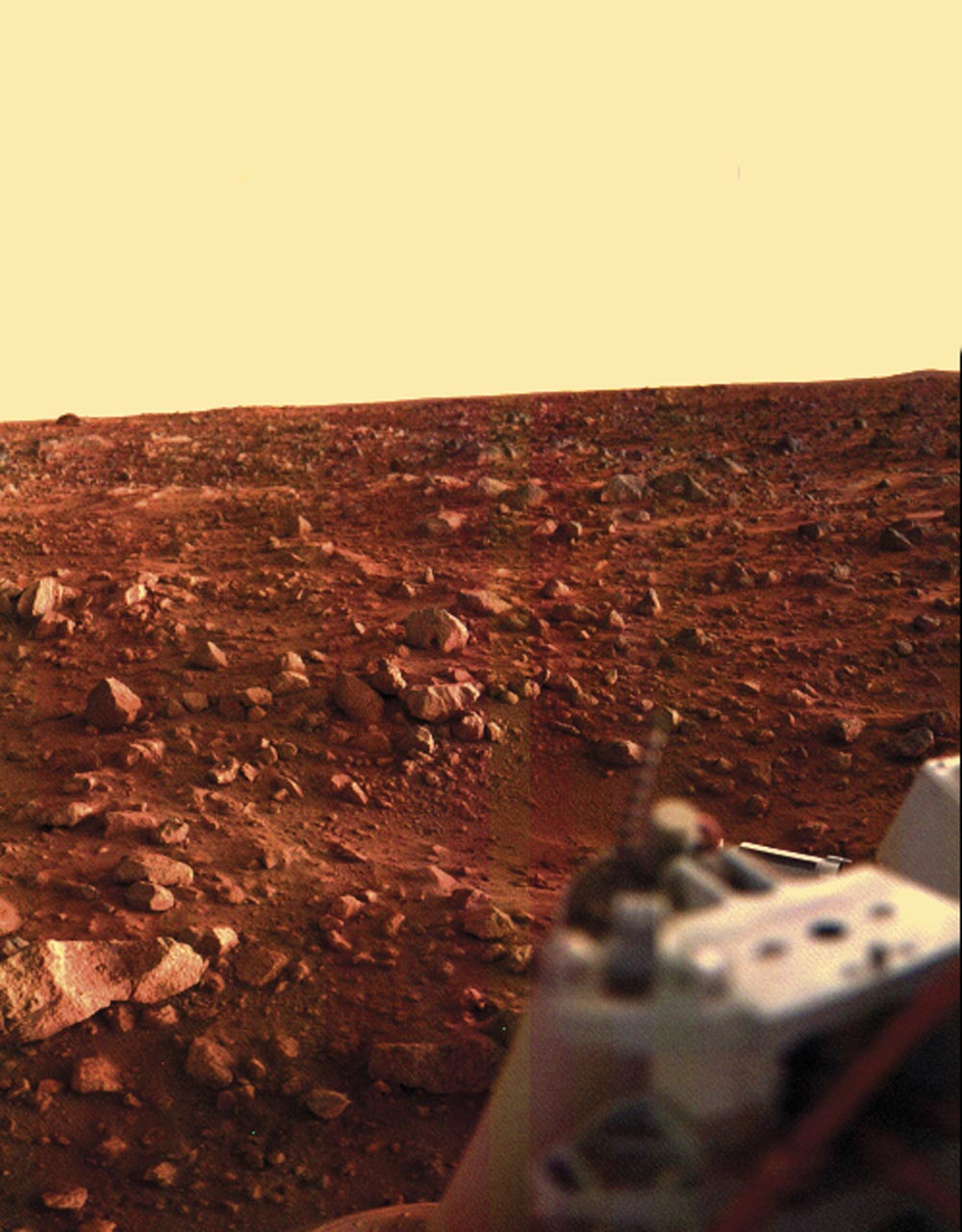 The Surface of Mars, at Last  The first robotic mission to successfully land on Mars, Viking 1 captured this view of a rocky slope in the Chryse Planitia region a month after its historic landing, which occurred forty years ago this week. The identical Vikings 1 and 2, both consisting of a nuclear-powered lander and a solar-powered orbiter, launched in August and September 1975, respectively. The landers sampled the Martian soil in an attempt to identify any evidence of life. But although some substantial gas release was observed in samples dug from the surface by Viking 1’s robotic arm, whether the cause was biological in nature or not remains inconclusive to this day. The Viking craft operated long past their original ninety-day missions, with the last signal from the Viking 1 lander arriving in 1982.