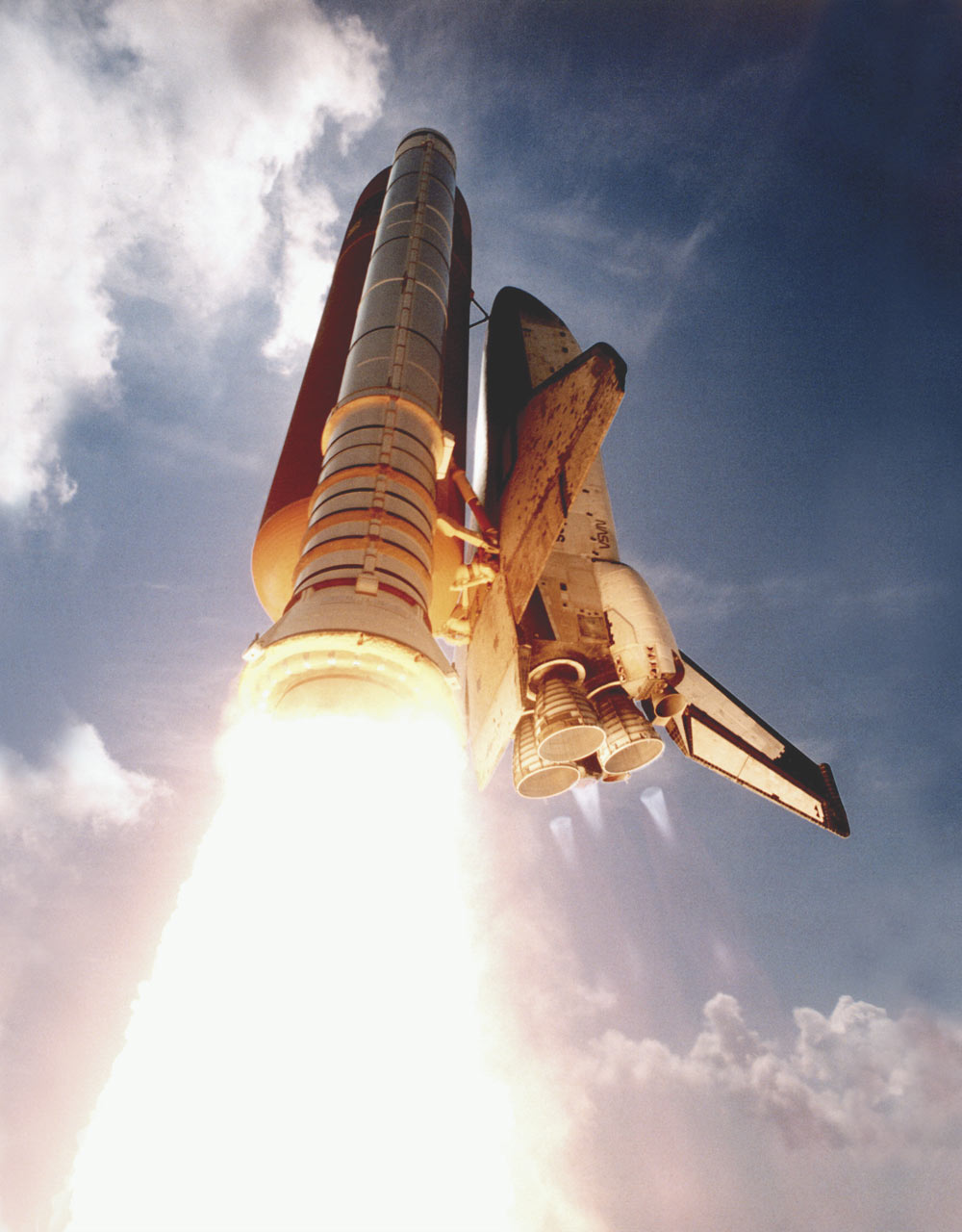 On a Pillar of Fire and Physics  Twenty years ago this week, the space shuttle Columbia lifted off from Pad 39B at the Kennedy Space Center, a thundering beginning to the STS-78 mission. During launch, the stack’s two Solid Rocket Boosters and three Space Shuttle Main Engines fired in conjunction, creating a total thrust of 3.35 million kg (7.4 million lbs) that delivered the vehicle to orbit in under nine minutes. NASA’s space shuttles were the most complex machines ever built, each containing over 2.5 million parts, 370 km (230 mi) of wire, and 1,060 valves. Over the course of thirty years and 135 missions, five orbiters transported over 1.6 million kg (3.5 million lbs) of cargo into space, a considerable portion of which is now the fully-constructed International Space Station.