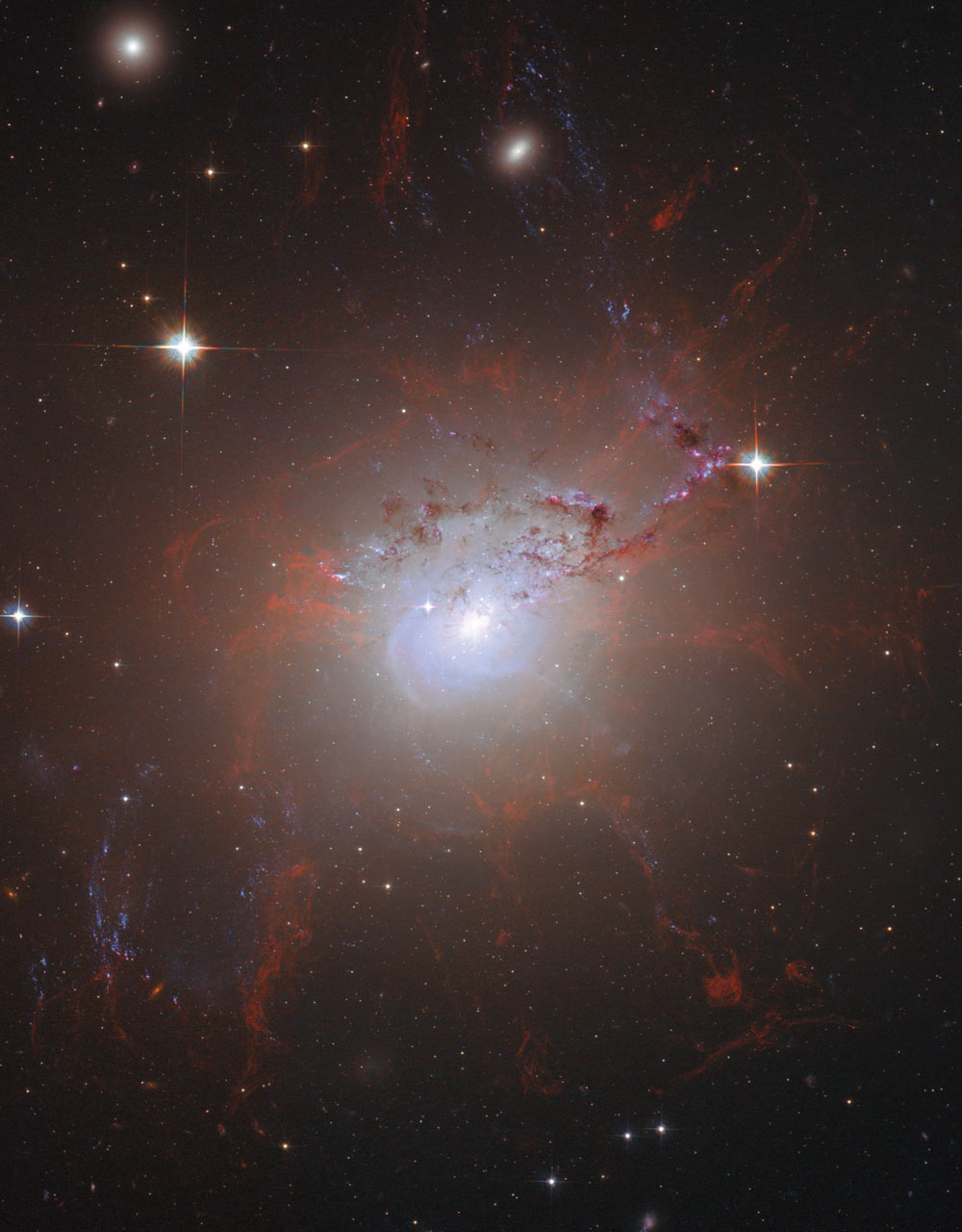 A Magnetic Monster  Gigantic tendrils of glowing gas reach tens of thousands of light-years out into space from the active galaxy NGC 1275, the brightest X-ray source in the night sky. Located 230 million light-years away, NGC 1275 dominates the Perseus Cluster of galaxies, its cosmic tentacles a testament to the immense magnetic fields generated by the supermassive black hole at its core. We know how magnetism and electric fields are inherently related thanks to the work of Scottish physicist James Clerk Maxwell, born 185 years ago this week. Maxwell’s research unified theories of electrical charges, magnetic fields, and radiation, leading to (among much of the technology we use today) our understanding of how electromagnetic waves—including visible light—travel through space.