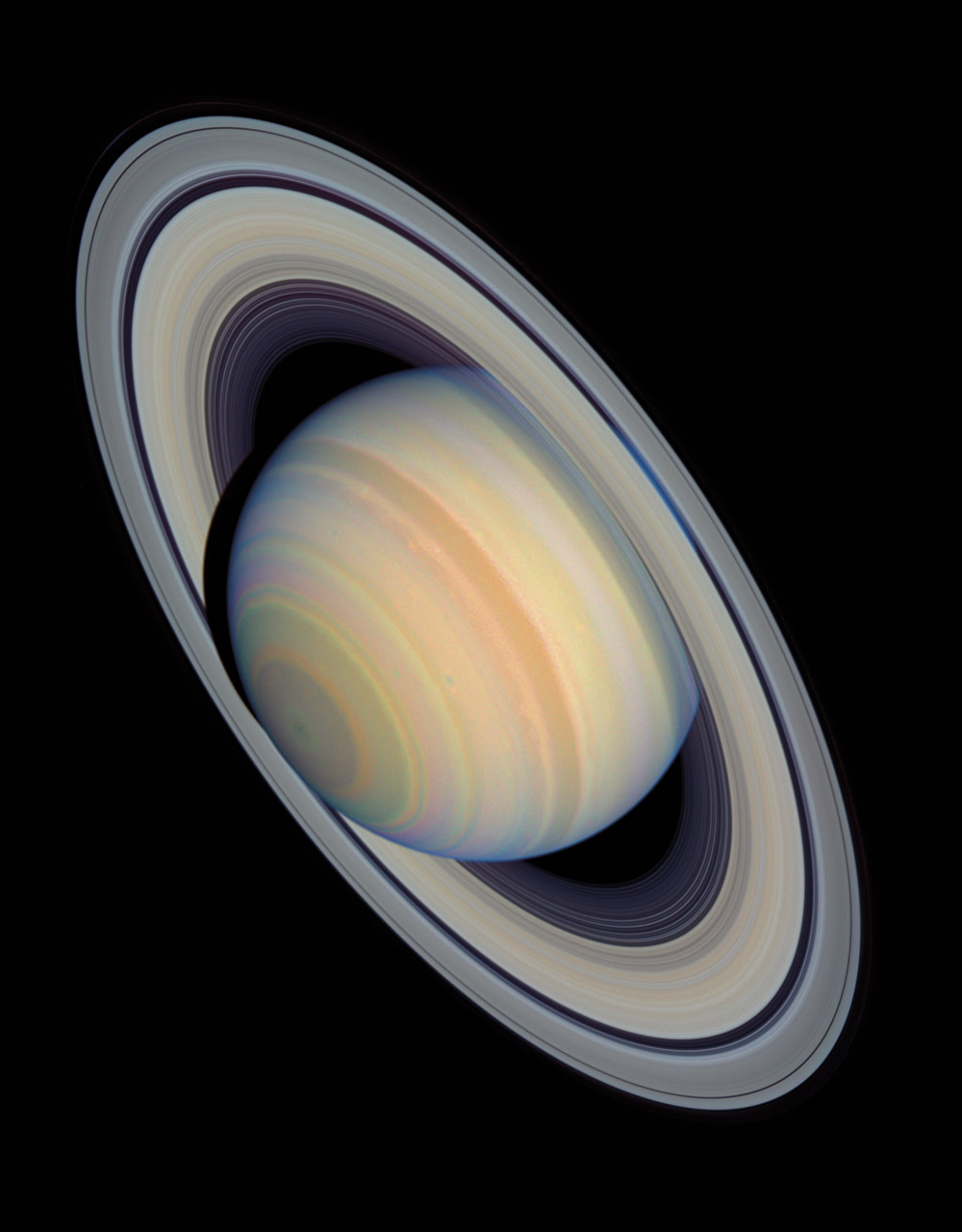 Bring the Rings  This Friday, June 3, Saturn will be at opposition, positioned linearly on the opposite side of Earth from the Sun. The ringed planet will be 1.35 billion km (838 million mi) away at the time, but it will still appear relatively bright, reaching an apparent magnitude of 0.1 in the constellation Ophiuchus. Saturn is now moving into its northern summer along the course of its 29.5-year-long orbit, and so its “upper” hemisphere is currently tilted toward the Sun and toward Earth. With even a small telescope Saturn’s rings can be seen, angled in much the same way as they are in the Hubble image above (although this view shows the planet’s southern hemisphere as it appeared from Earth in March 2003). Saturn’s northern summer solstice, when its rings appear most tilted, will occur in May 2017.

Saturn at opposition
Moon at perigee
Mercury 0.7° north of Moon