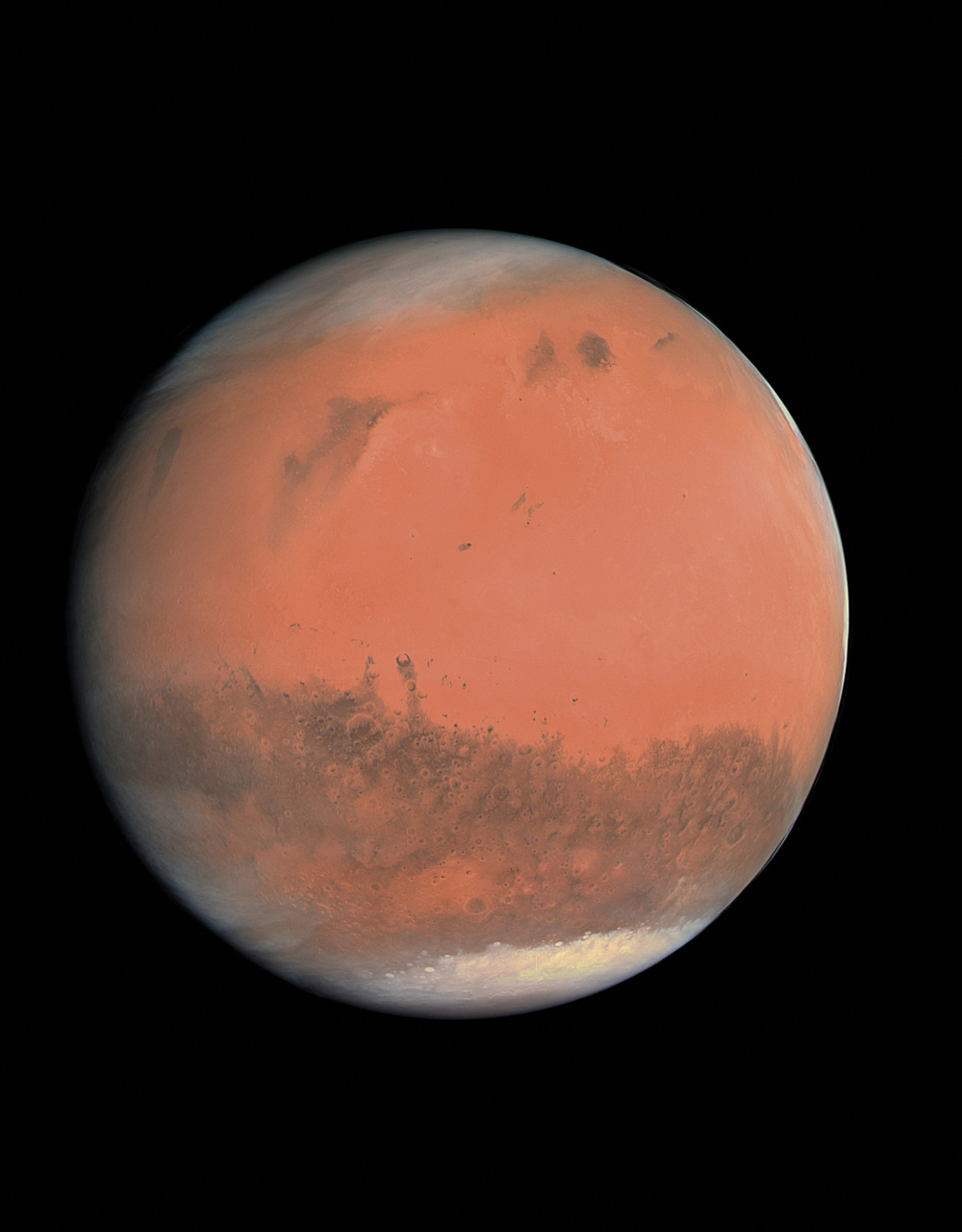 A Close Pass of the Red Planet  No, Mars will never appear as large as the full Moon in the sky—despite what some oft-recurring chain emails would have one believe—but Mars will be brighter and slightly larger on May 22-23 than at other times of the year as the Red Planet will be at opposition. Mars takes 687 Earth days to orbit the Sun, so about every 780 days Earth and Mars pass “close” to each other—anywhere from 56 to 100 million km (35 to 62 million mi) apart—with Mars on one side of Earth and the Sun on the other. At these times, Mars rises at sunset and is visible all night. During this opposition, Mars will be in Scorpius and will reach an apparent magnitude of -2.05, which is brighter than any of the stars visible in the night sky, but it will still appear as a point of light to the unaided eye.