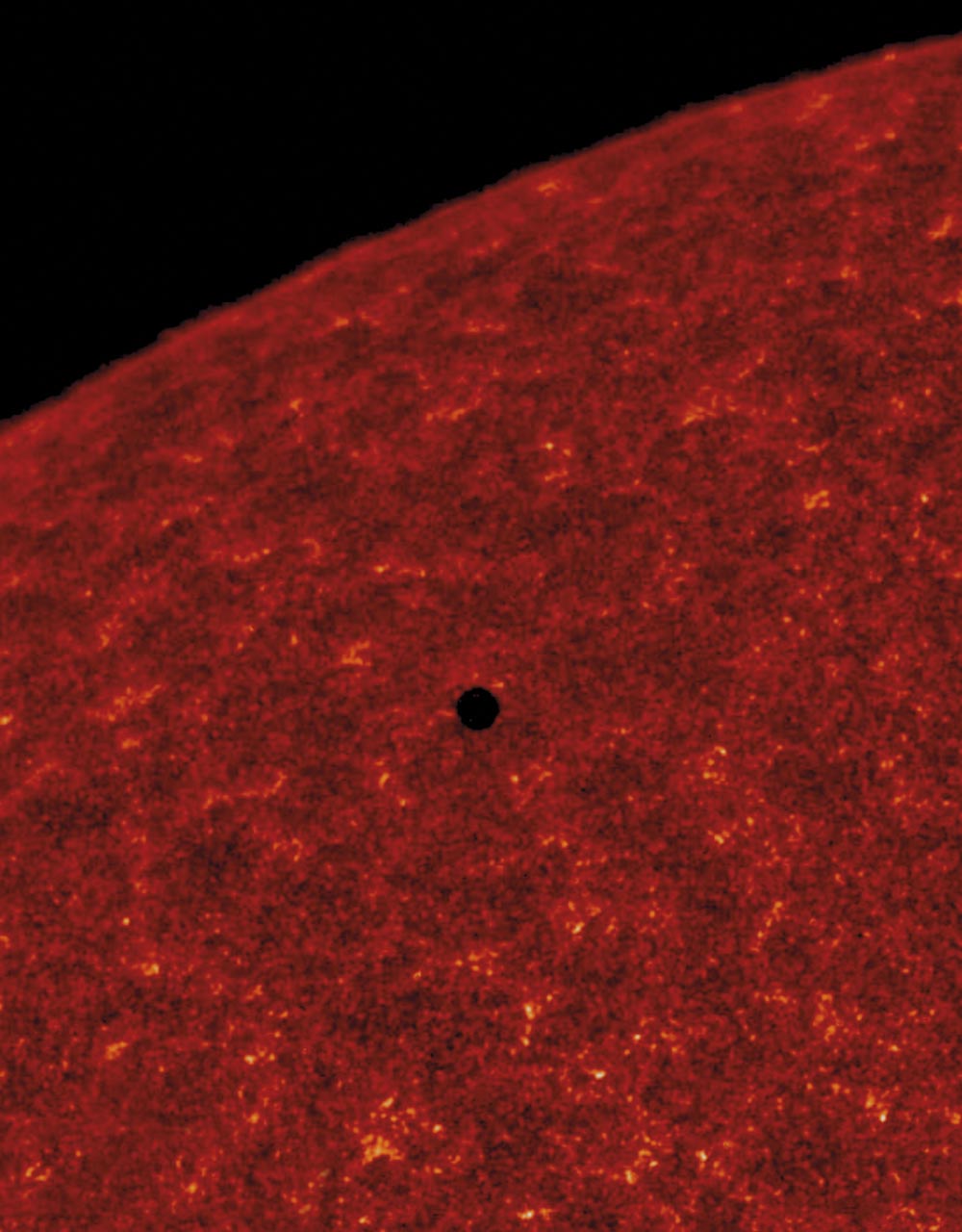 A Cosmic Crossing  At 11:12 UTC (7:12 AM EDT) on May 9, the planet Mercury will begin its transit of our home star, an astronomical event that will be visible across all of the Americas, western Europe, and Africa. It will take seven and a half hours for the innermost planet to complete its journey across the face of the Sun. Transits of Mercury always occur around the same times in the months of November or May. The May transits are more rare but feature a slightly larger Mercury, as the planet is then at its farthest point from the Sun (aphelion) and thus a bit closer to Earth. The last May transit occurred in 2003, and is seen here in an ultraviolet image from NASA’s Transition Region and Coronal Explorer satellite. The next November transit occurs in 2019; the next May transit not until 2049.