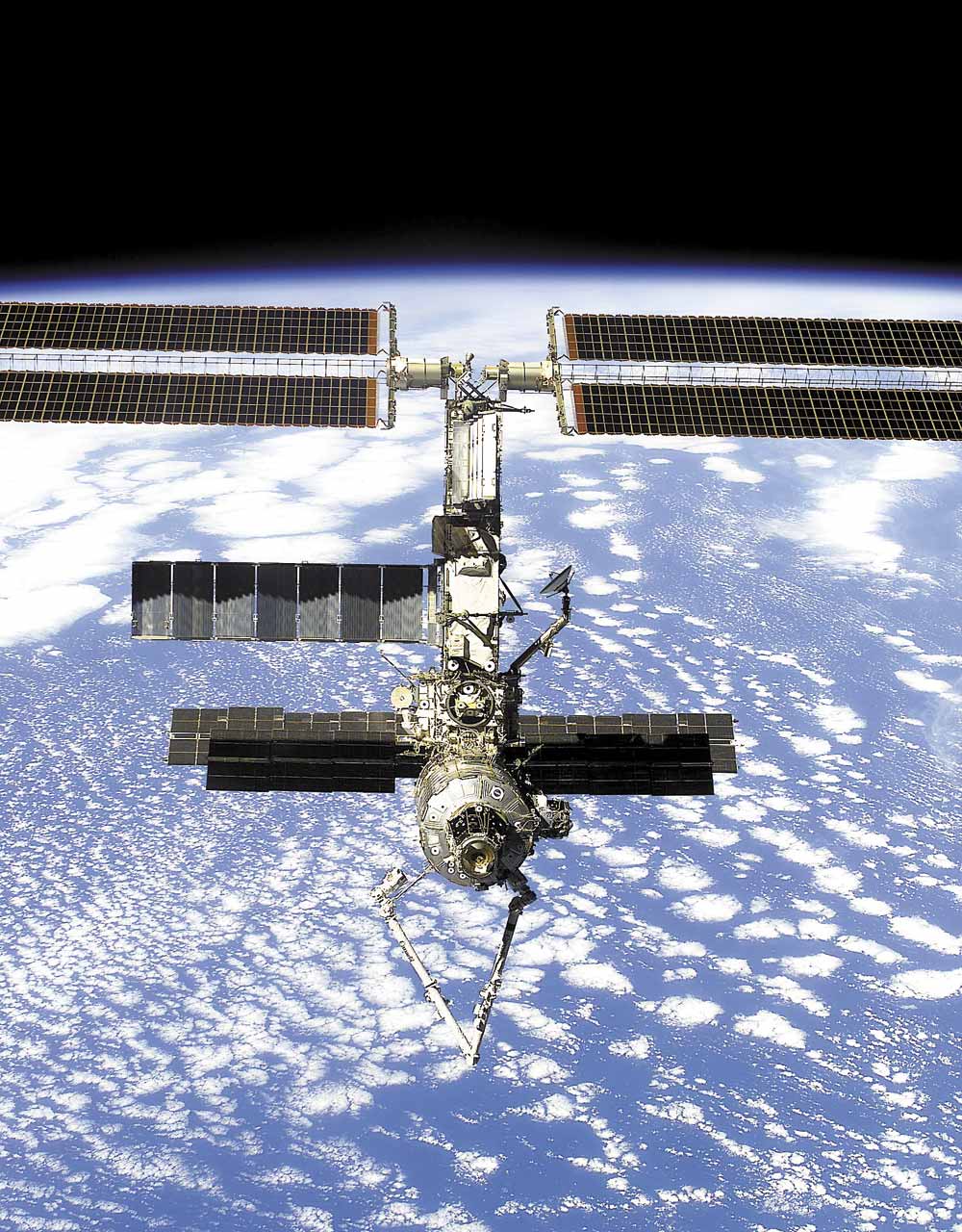 Station Gets an Arm The International Space Station appears to float serenely above our blue-and-white world in this view from the orbiter Endeavour, which performed a fly-around of the station after undocking at the end of its mission. Lifting off from Pad 39A at Kennedy Space Center fifteen years ago this week, STS-100 delivered three tons of supplies, equipment, and upgrades to the ISS, still in the early stages of construction (which explains its comparatively svelte appearance above).  STS-100 also installed the Mobile Servicing System (MSS), better known as Canadarm2. It can be seen above extending from the Destiny module, which had recently been delivered aboard the STS-98 mission. It was also during STS-100 that Mission Specialist Chris Hadfield performed the first Canadian spacewalk.