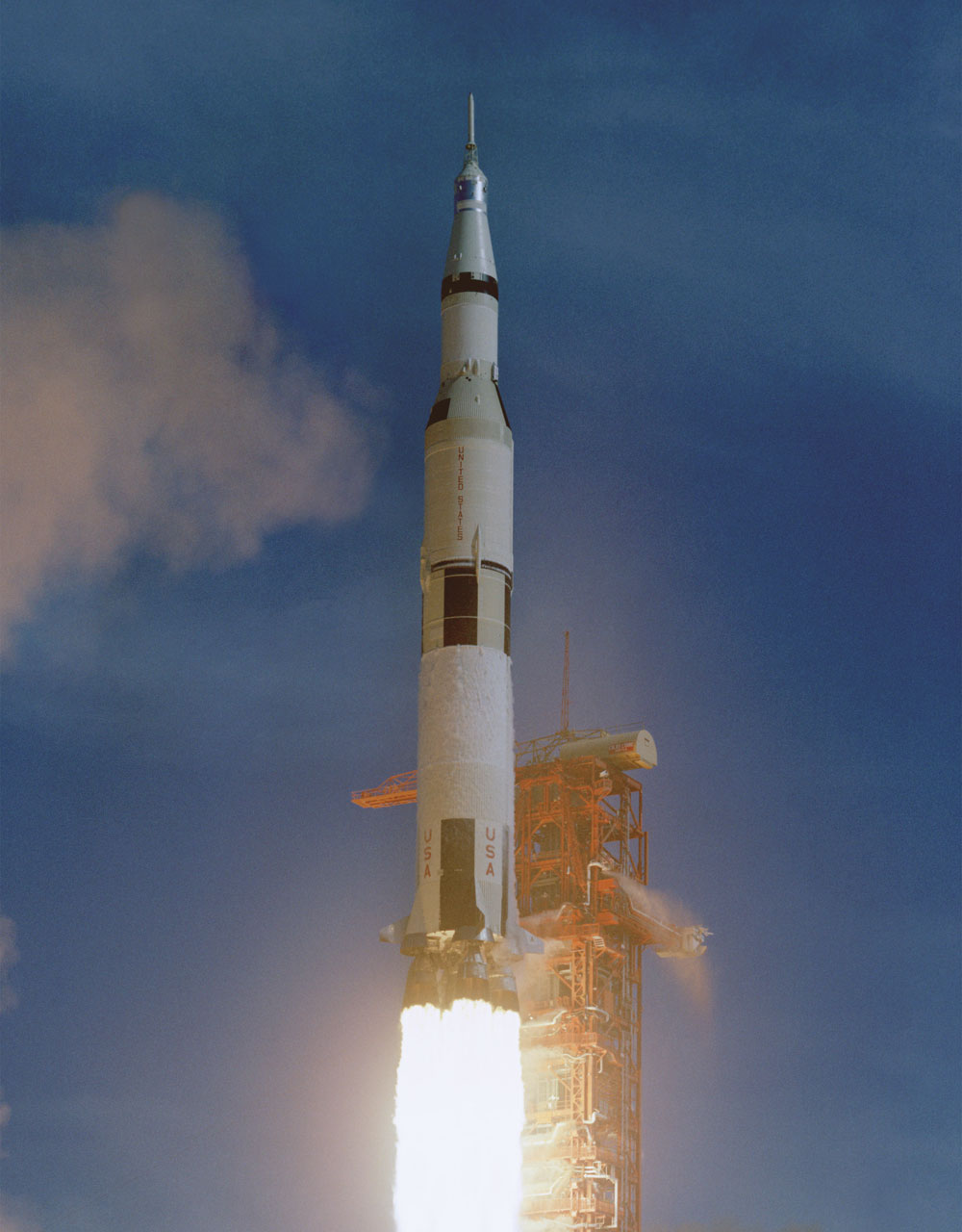 Rocketing Into History  Ninety years ago this week, the first liquid-fueled rocket, designed and built by physicist Dr. Robert H. Goddard, lifted off from a field in Auburn, Massachusetts. That first rocket only made it to a height of 12.5 m (41 ft), but nine years later Goddard successfully launched a liquid-fueled rocket to 1,463 m (4,800 ft). Just three decades after that, Saturn V rockets were sending Apollo astronauts to the Moon using more advanced liquid-fuel technology. Here, the Apollo 15 Saturn V lifts off on July 26, 1971, carrying astronauts Dave Scott, Al Worden, and Jim Irwin on the fourth successful lunar landing. A Saturn V had nearly a million times the thrust of Goddard’s first humble field test, but without Goddard’s vision and inventiveness, humans may never have risen to such heights.