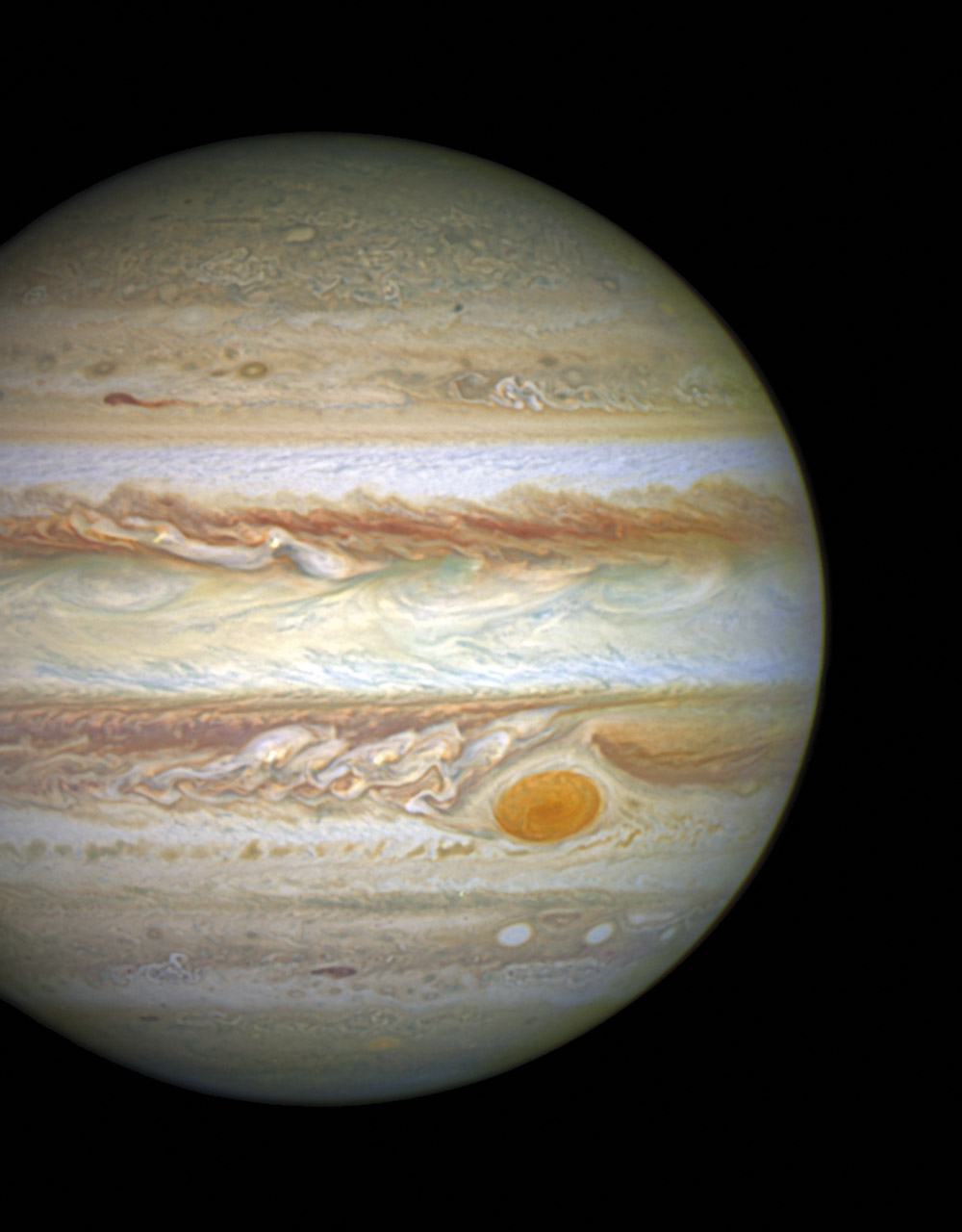 King of the Planets Meets King of the Jungle  Jupiter is the largest planet in the Solar System, averaging 140,000 km (87,000 mi) across—as wide as eleven Earths—and containing 320 times the mass of our planet. But being five times farther from the Sun than we are, Jupiter still looks like another bright star in the night sky; however, on Tuesday, March 8, Jupiter will be at opposition, positioned opposite the Sun as seen from Earth. It will rise at sunset, be at its closest to Earth, and will reflect the maximum amount of sunlight, so it will appear very bright, reaching magnitude -2.5 around local midnight. Jupiter will appear in the constellation Leo, and if you have even a small telescope or pair of binoculars, you should be able to spot its dark atmospheric bands and the Galilean moons alongside it.