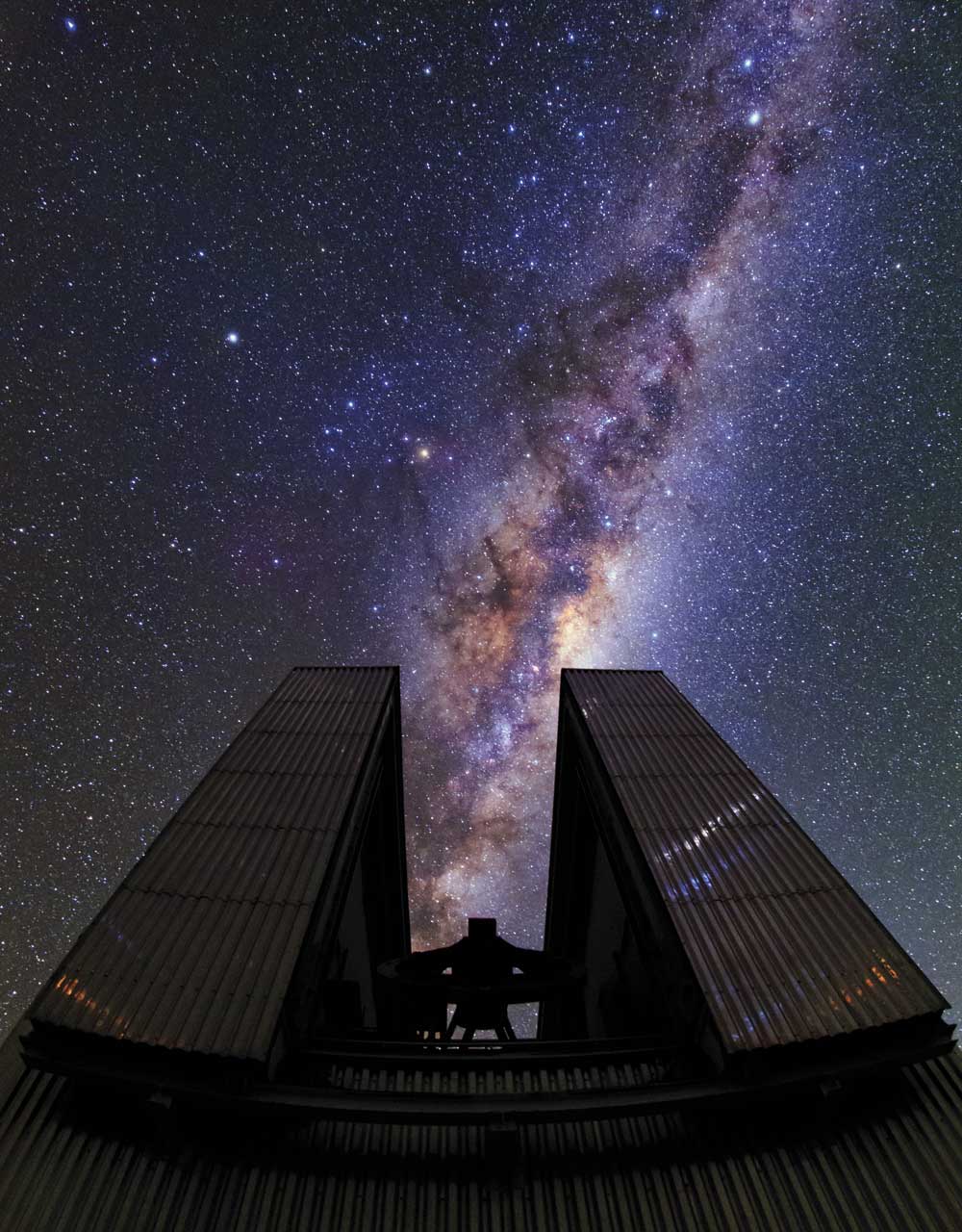 A High-tech Eye on the Sky The Milky Way stretches across the night sky above the European Southern Observatory’s 3.58-m (141-in) New Technology Telescope (NTT), located at the La Silla site atop a 2,400-meter-high (7,900-foot) mountain in Chile’s Atacama Desert. When it was inaugurated in March 1989, NTT was the world’s first telescope to have a computer-controlled main mirror, featuring active optics, which allow its main mirror to reshape during observations to maintain image quality. Even the NTT’s compact geometric housing is innovative, smoothing the air flow across the mirror via a system of flaps to reduce the effects of turbulence. NTT’s successful design paved the way for newer telescope technologies such as adaptive optics, which continuously correct for atmospheric effects.