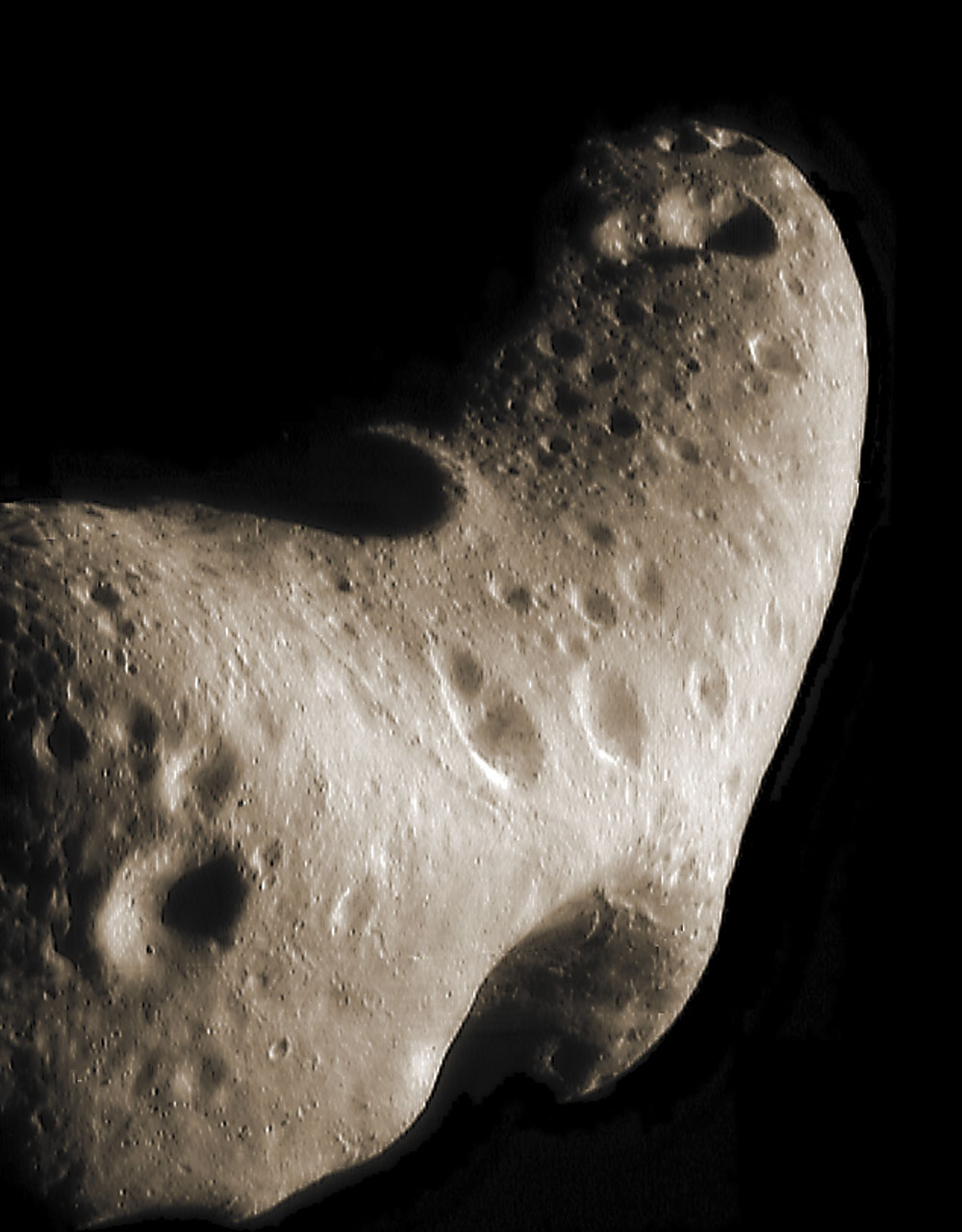 Asteroid of Love  On Valentine’s Day in 2000, after traveling 3.2 billion km (2 billion mi) over the course of five years, NASA’s solar-powered Near Earth Asteroid Rendezvous (NEAR) Shoemaker spacecraft became the first spacecraft to orbit an asteroid when it began circling 433 Eros, a 33-km-long (20.5-mile) near-Earth asteroid. Nearly a year later, fifteen years ago this week, NEAR Shoemaker made another first when it touched down on the surface of Eros after a controlled descent. NEAR returned surface data for another two weeks, and gathered unprecedented data on the characteristics, composition, and geology of Eros. Discovered in 1898, Eros is named after the Greek god of love, and despite being an NEA, will never impact Earth, even though its orbit does on occasion bring it even closer than Mars.