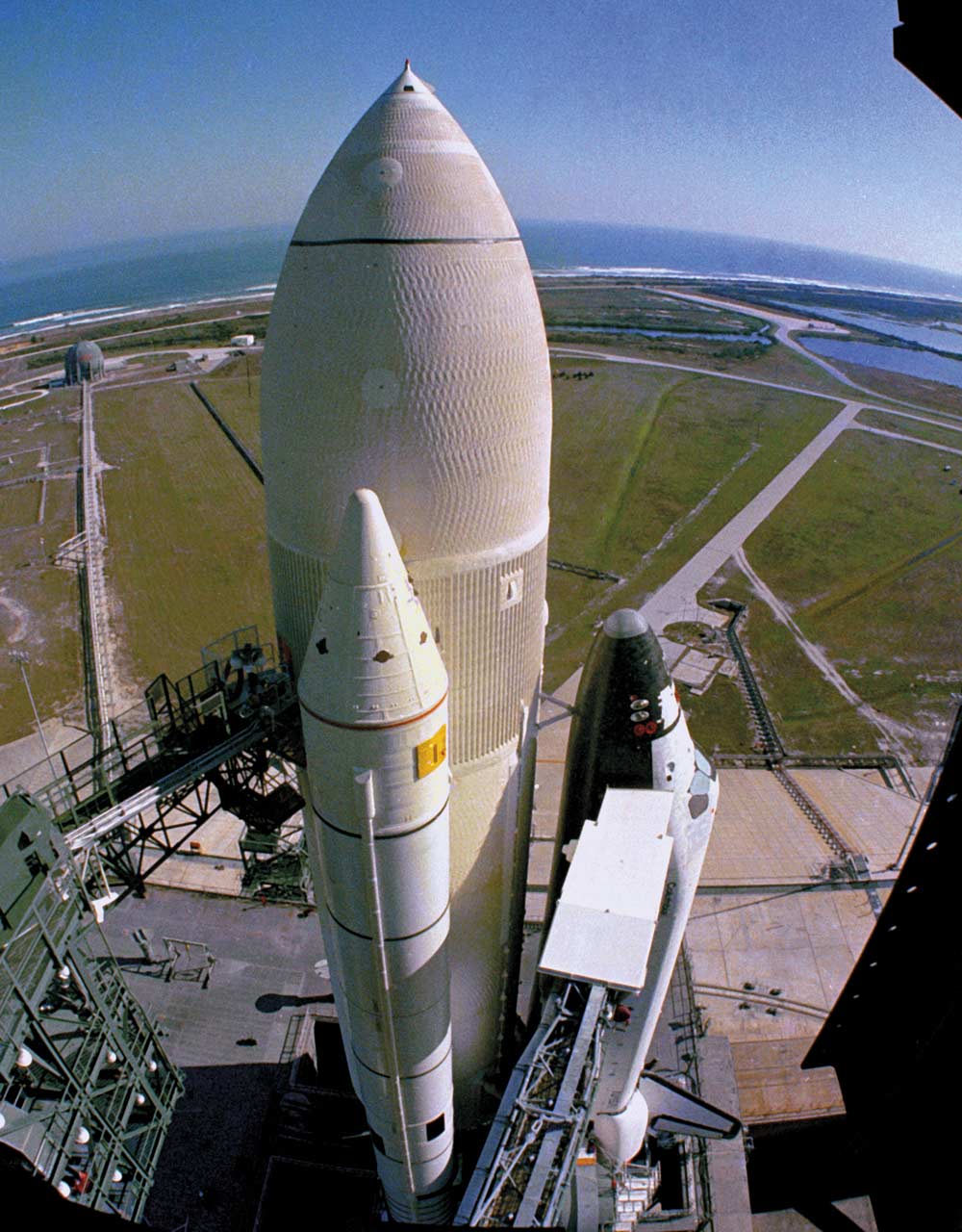 Shuttle Era Crawls to a Start  Thirty-five years ago this week, the space shuttle Columbia left the Vehicle Assembly Building at the Kennedy Space Center in Florida on a 5.6 km (3.5 mi) journey to Launch Pad 39A. The trip took over seven hours atop the Crawler Transporter, the world’s largest moving land vehicle. Every space shuttle (as well as the Saturn V and IB launch vehicles before them) was carried to the launch pad on the Crawler, as wide as a twelve-lane highway. Once at the launch pad, Columbia underwent months of testing, including a twenty-second firing of its main engines, before it was cleared for its first launch on April 12, 1981. The external tanks of STS-1 and STS-2 were painted white; subsequent missions featured unpainted (orange) tanks which saved 270 kg (600 lbs) of weight.