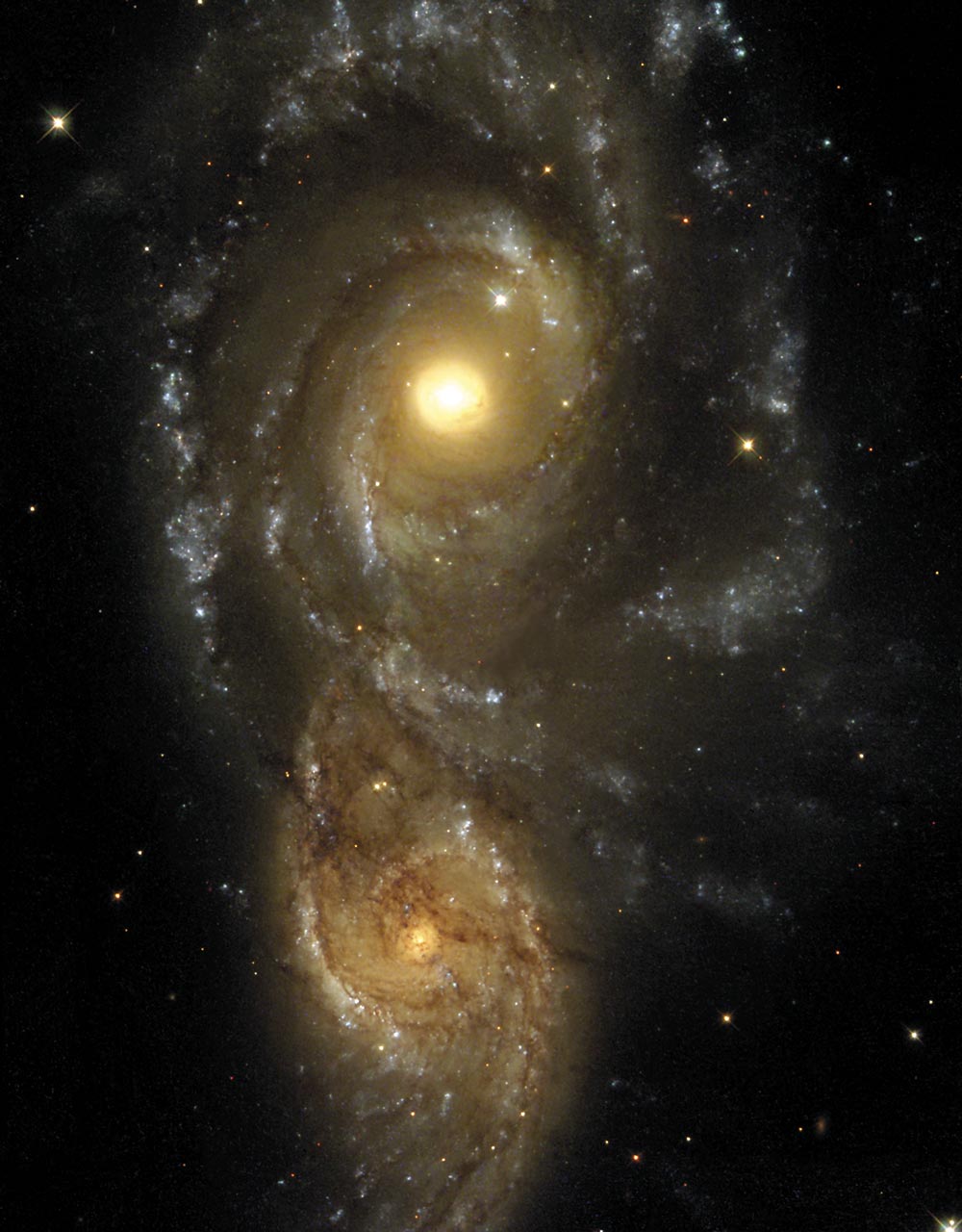 Swing Your Partner The Hubble Space Telescope captured two spiral galaxies that are locked in an elegant but violent cosmic dance. The larger galaxy (top) is NGC 2207. The smaller galaxy is IC 2163. IC 2163 is swinging past NGC 2207 in a counter-clockwise direction, but it is not moving fast enough to escape NGC 2207’s grasp: IC 2163 will eventually circle around and swing past NGC 2207 again. This galactic square dance, with both partners locking their spiral arms together, will eventually cause repeated collisions and distortions of the two bodies. Billions of years from now, the two will merge into a single, more massive galaxy. Astronomers believe that many large galaxies (including our own Milky Way) are the result of similar galactic collisions. These galaxies are about 80 million light-years away.