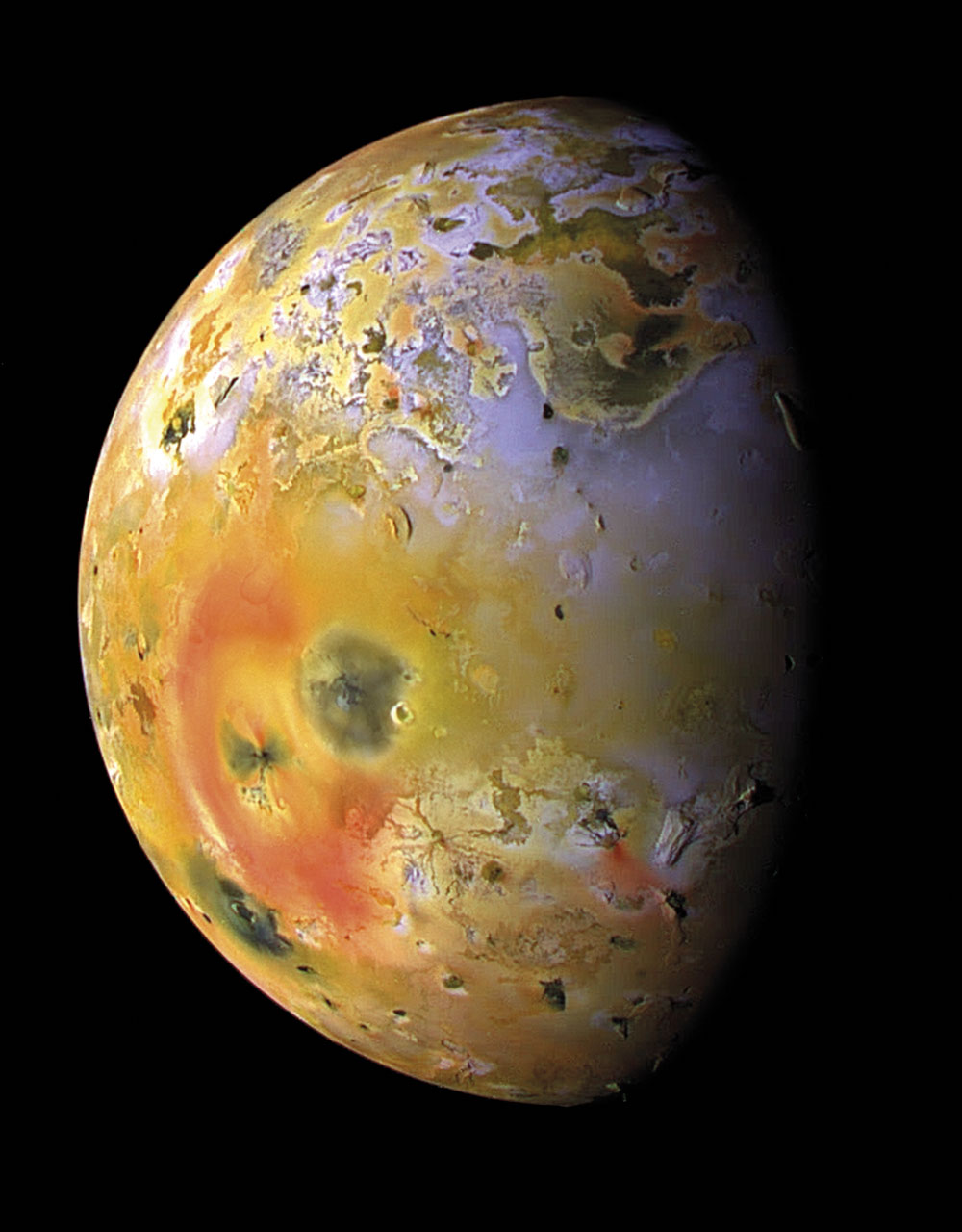 Galileo Arrives in Style  After being launched from the orbiting space shuttle Atlantis in 1989, the Galileo spacecraft spent six years following a circuitous route through the inner solar system, passing Venus once and Earth twice. Each time, the sightseeing probe stole some gravity from the planet it was passing, ultimately gaining speed to make it out to its final destination. Upon its arrival at Jupiter twenty years ago this week, Galileo’s first order of business was to relay signals from the atmospheric entry probe it had released to measure the structure and composition of Jupiter’s atmosphere firsthand. With the probe’s hour-long mission complete, Galileo settled in to an eight-year stint orbiting Jupiter, surveying the gas giant, its ring system, and its many moons, including the volcanically active Io, above.