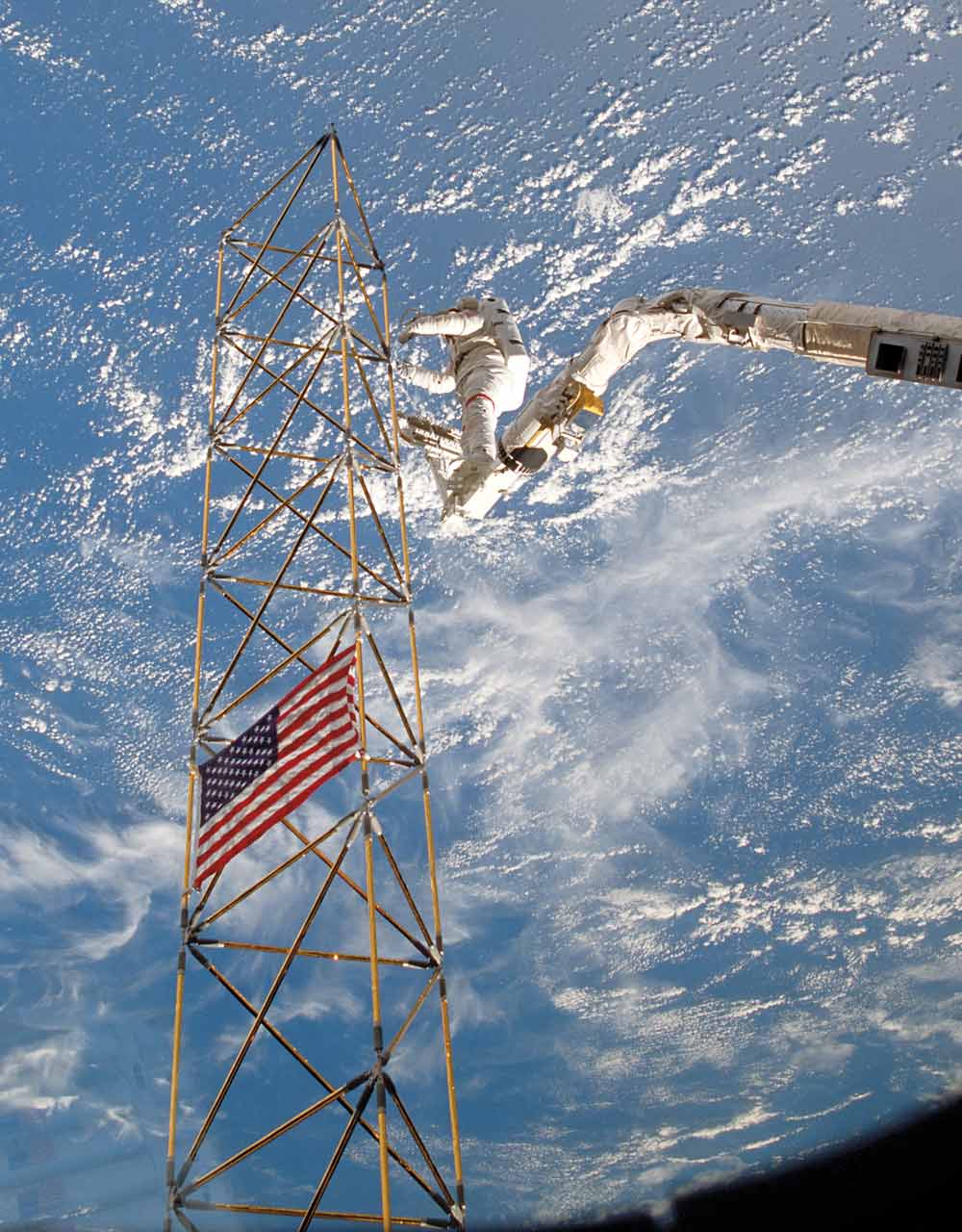 EASE of ACCESS  The space shuttle Atlantis rocketed into orbit thirty years ago this week, carrying a crew of seven and a cargo bay filled with satellites and building materials. Early in the STS-61B mission, three communications satellites (Morelos-B, AUSSAT-2, and Satcom K-2) were deployed, and all three later reached geostationary orbit. Two spacewalks also took place during the flight. Astronauts Jerry Ross and Woody Spring spent two days evaluating ACCESS (Assembly Concept for Construction of Erectable Space Structures) and EASE (Experimental Assembly of Structures in EVA). The 14-meter tall (45-foot) ACCESS tower, shown above next to astronaut Ross, was assembled twice as part of an exercise to gain experience doing construction in space as a prelude to the International Space Station.