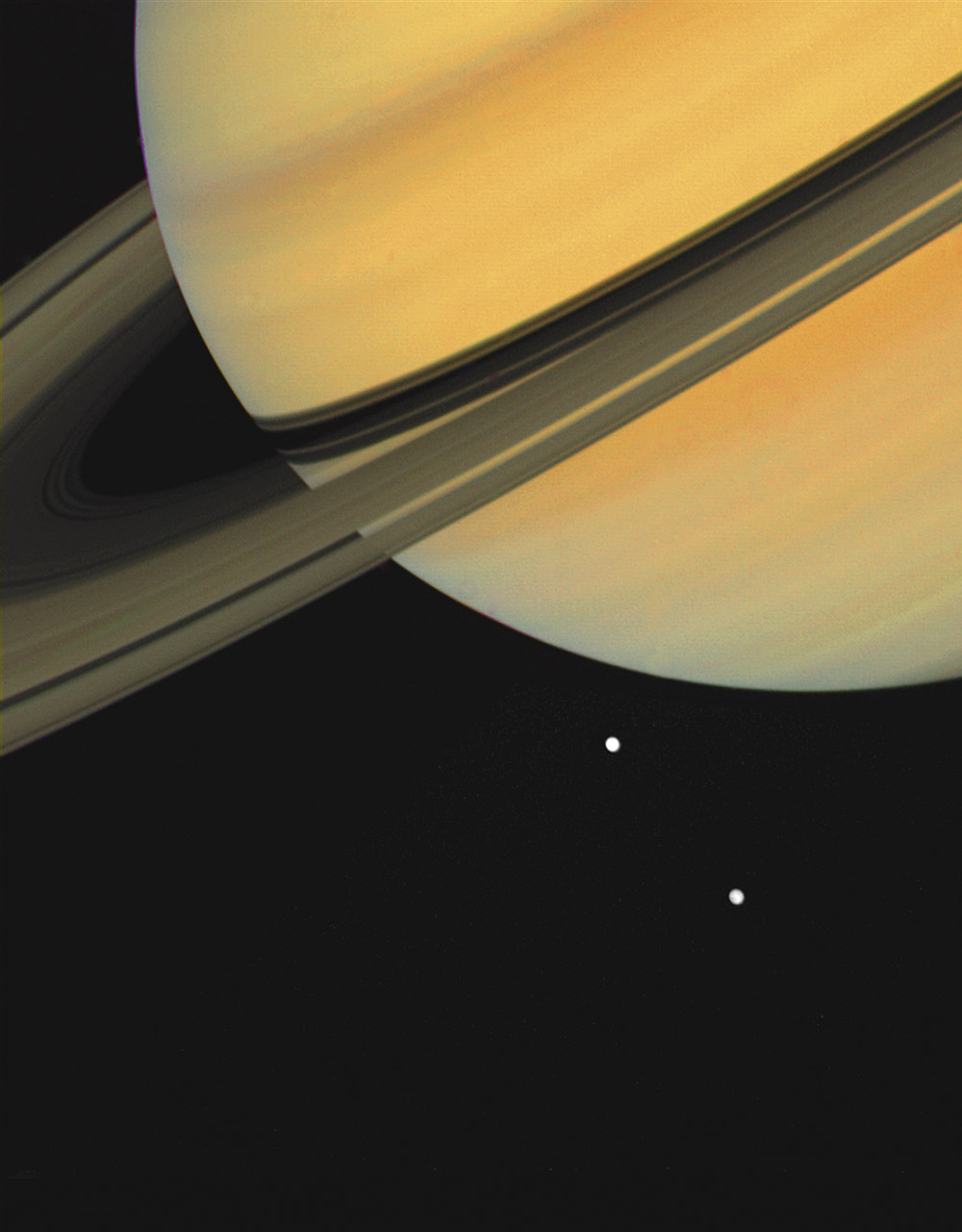 Close Encounter of the Ringed Kind  Three years after its launch from Earth, and just 18 months after having visited Jupiter, Voyager 1 made a daring flyby of Saturn. That encounter, which took place thirty-five years ago this week, gave astronomers their most detailed views ever of the great ringed planet. In this view, taken just before closest approach, two of Saturn’s moons, Tethys (left) and Dione, appear near the rings, which are casting a shadow on the planet. Voyager 1’s trajectory, designed to send the spacecraft closely past the large moon Titan and behind Saturn’s rings, bent the spacecraft’s path out of the plane of the solar system. Although Voyager 1’s planetary mission ended at Saturn, it is now transmitting data from interstellar space, having traveled farther than any object in human history.