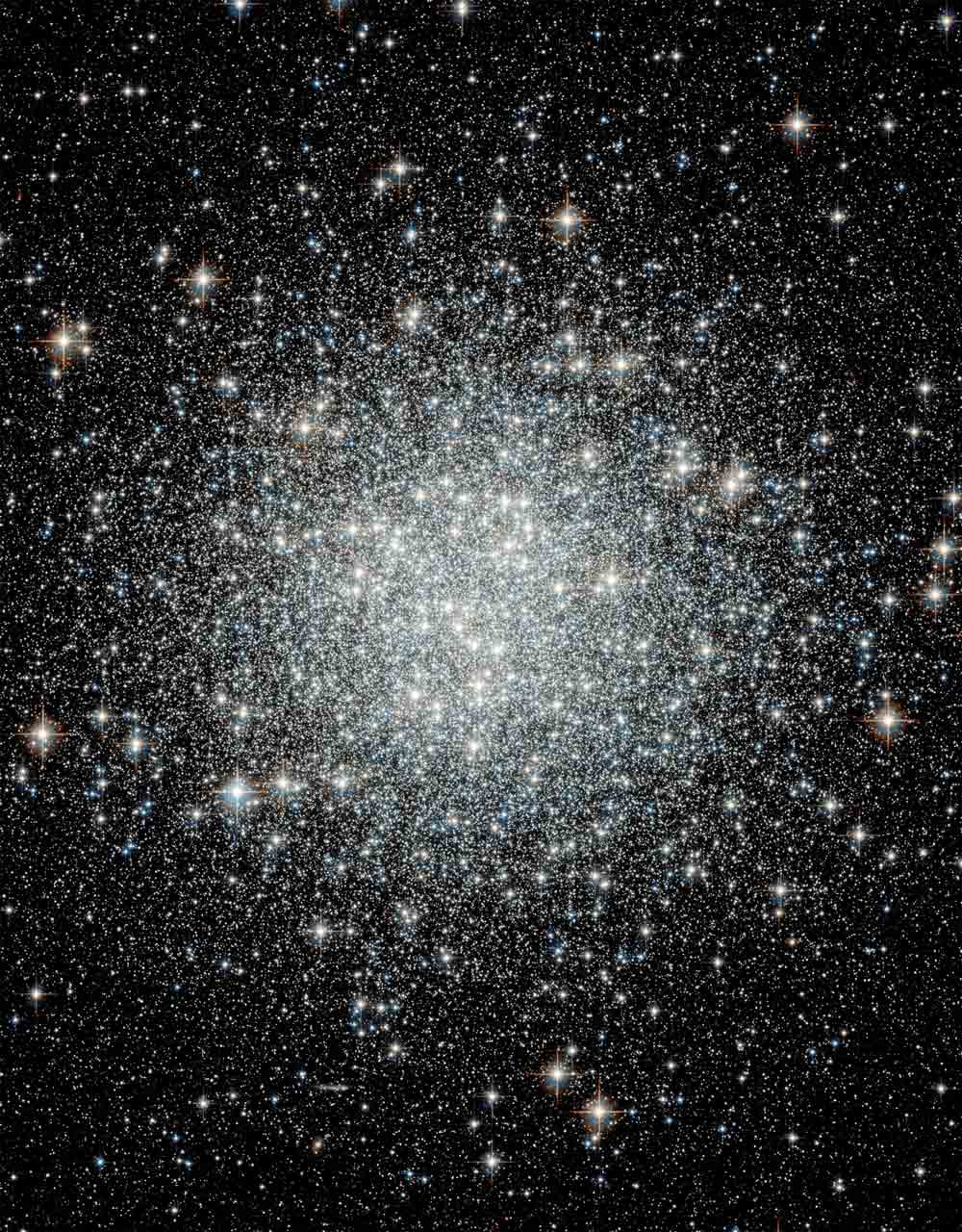 Covering the Galaxy Beat  Until the early twentieth century, the size and shape of our galaxy remained somewhat a mystery, but it was solved, in part, by American astronomer Harlow Shapley, born 130 years ago this week. Shapley, who was a cub reporter and a journalism student before pursuing a career in astronomy, knew that Cepheid variable stars had a distinct pattern and range to their changes in brightness. Shapley identified Cepheids in the globular clusters that encircle our galaxy, and was able to calculate the distance to almost 100 of these clusters (including M53, shown here), thus giving him a three-dimensional map of the outer reaches of the Milky Way. His studies revealed our galaxy was much larger than previously thought, and that our Sun is not located at the center of the Milky Way.