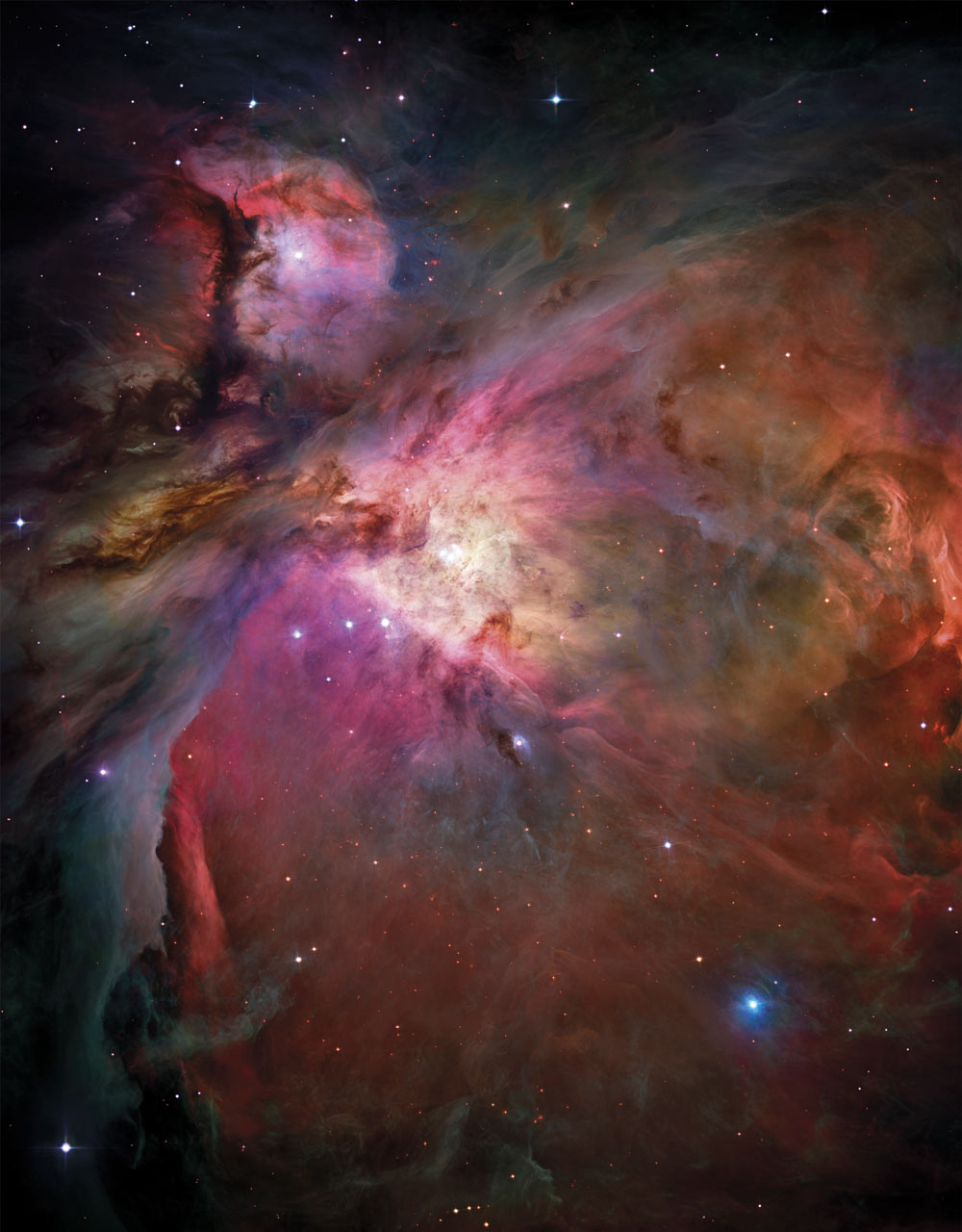 From Glass Plates to Pixels  Although the Moon was imaged using the daguerreotype process in 1840, it wasn’t until 1880 that glass photographic plates were sufficiently sensitive to record faint nebulae. One hundred thirty-five years ago this week, Henry Draper, a physician by trade but astronomer by calling, used a sensitive glass plate to make the first nebula photograph. His subject was the Orion Nebula, the brightest nebula in the sky. Advances in emulsion-based photography occurred at a steady pace, and very soon astrophotographs were able to reveal more detail than the human eye could see. Astrophotography on film has now given way to digital imaging, such as this breathtaking image of the Orion Nebula, captured by the Hubble Space Telescope. The original image contains 324 million pixels.

Mercury in inferior conjunction (between Earth and Sun)