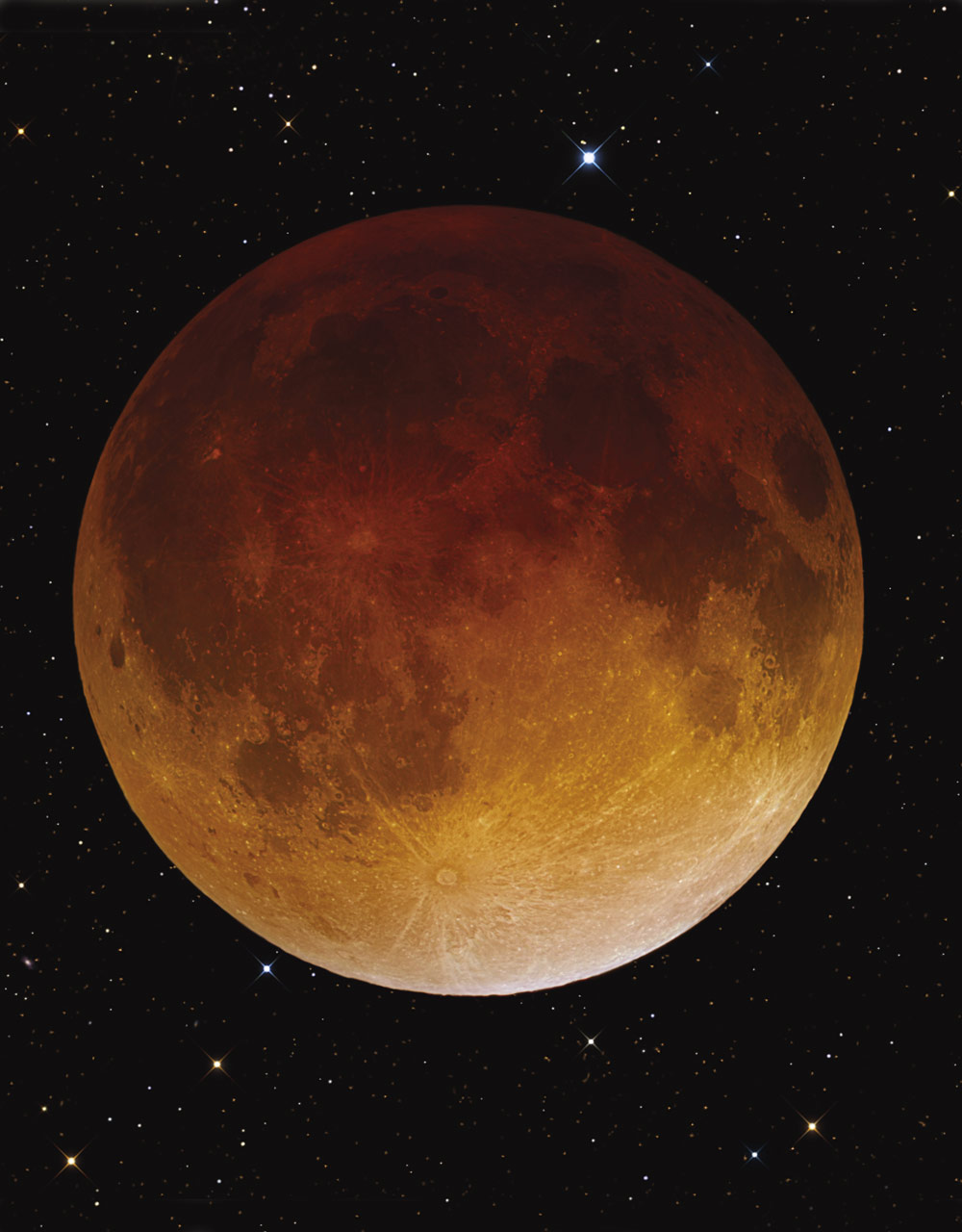 In the Shadow of Earth  Observers in the Americas, Europe, and Africa will see a total lunar eclipse Sunday night. Beginning 9:07 PM ET, the Moon will enter the umbra, or darkest part, of Earth’s shadow and will be completely eclipsed by 10:11 PM ET. At the distance of the Moon, the Earth casts a shadow that is about 9,000 km wide (5,550 mi), two-and-a-half times the diameter of the Moon. The Moon won’t pass through the widest part of the shadow, but it will still be completely eclipsed for just over an hour. During this time, the Moon will take on a dark, ruddy hue caused by sunlight being refracted through Earth’s atmosphere. This composite image by Jay GaBany shows the eclipse of April 15, 2014. Jay imaged the Moon, then a few nights later revisited the same spot of the sky to capture the star field.