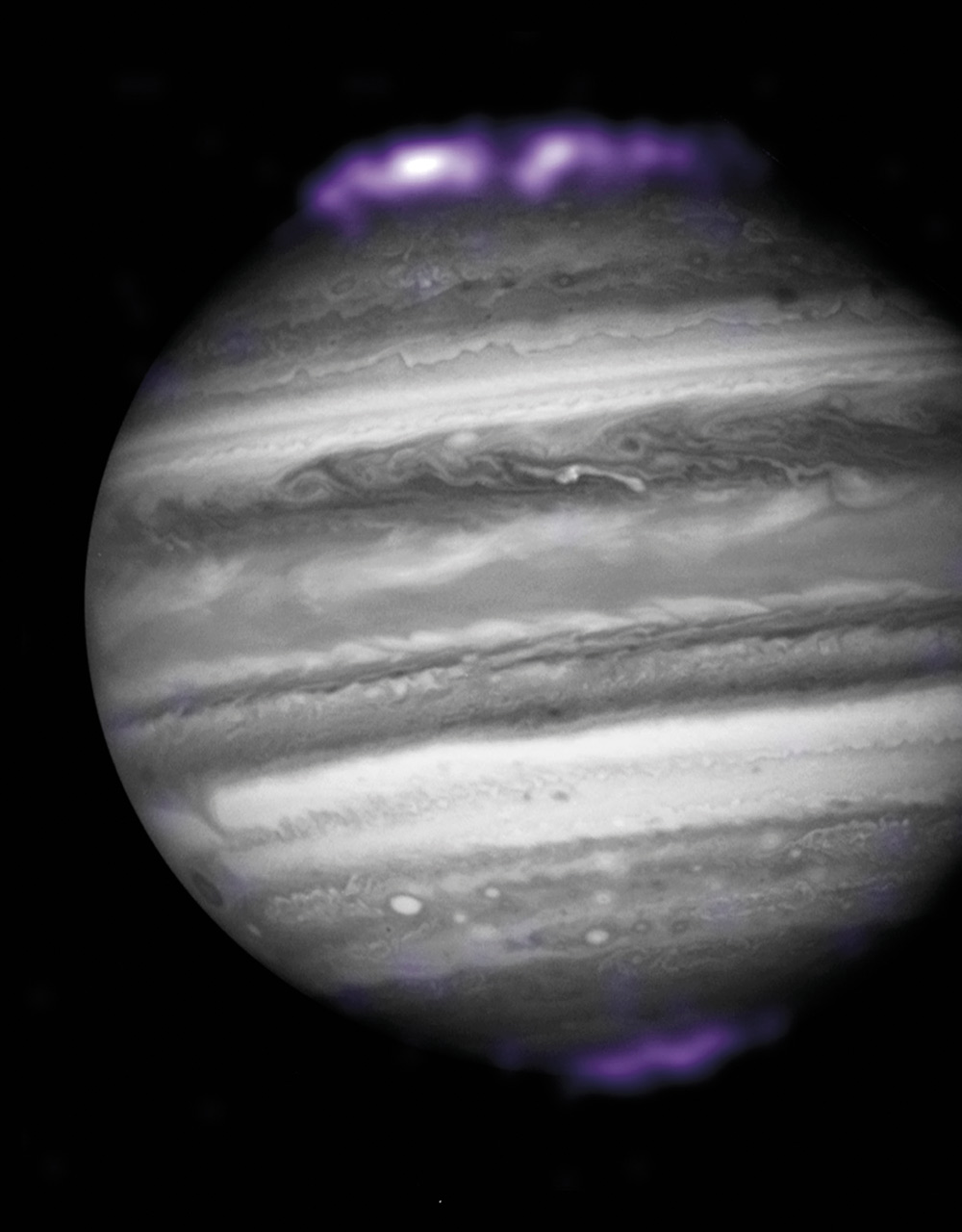 Found in Space  Fifty years ago this week, the science fiction television series “Lost In Space” premiered. The show chronicled the misadventures of the constantly ill-fated Robinson family (John, Maureen, Judy, Will, and Penny), Major Donald West, Professor Zachary Smith, and their faithful robot, Robot. They spent three seasons stranded on various exotic worlds, outwitting angry aliens, and trying to return to Earth in their Jupiter 2 spaceship. The Jupiter 2’s namesake is seen here in a composite image that combines X-ray data from the Chandra X-ray Observatory with optical data from the Hubble Space Telescope. Chandra captured the powerful X-ray aurorae observed near the poles of Jupiter, which are thought to occur when the solar wind interacts with sulfur and oxygen ions in Jupiter’s magnetic field.