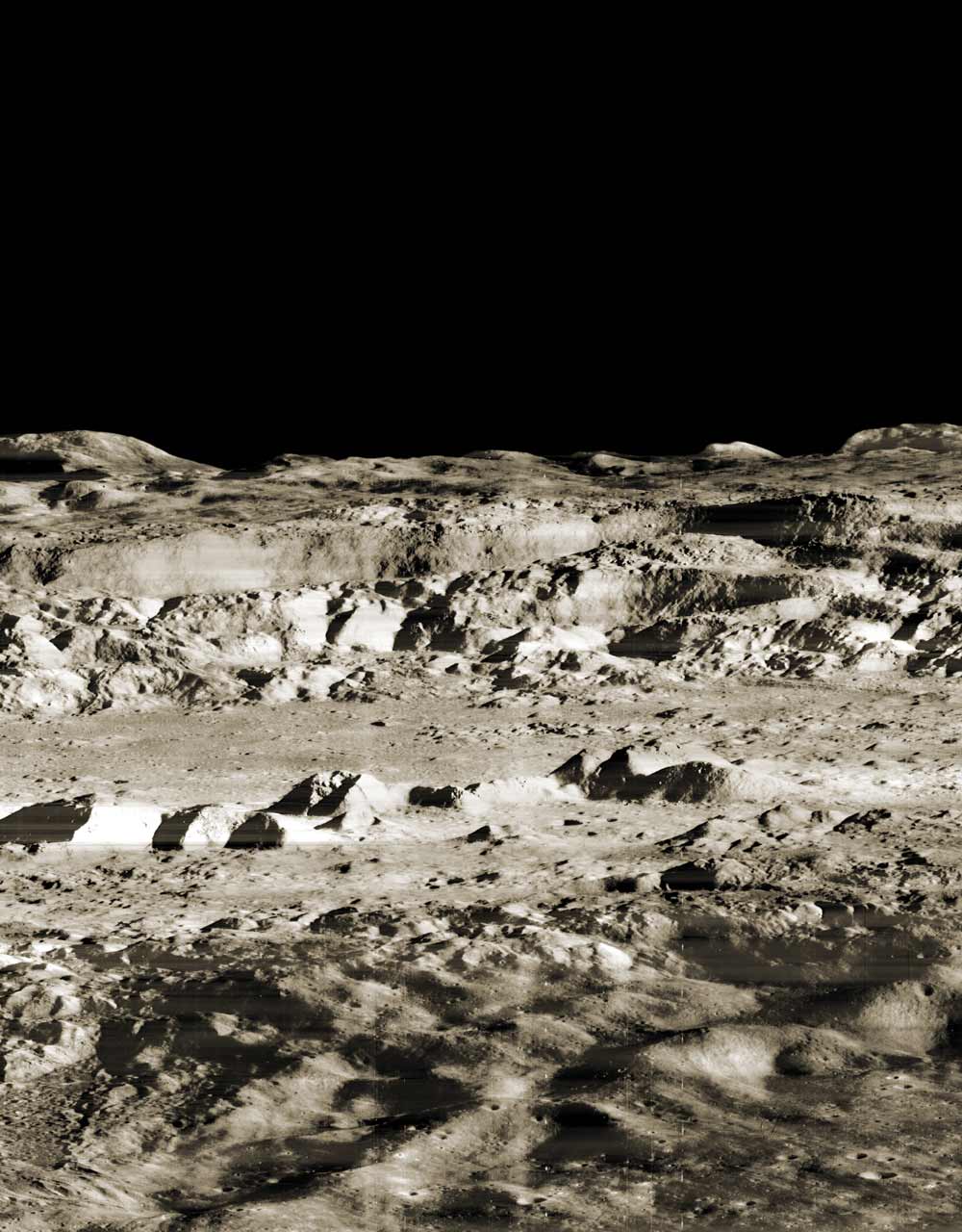 Paring Down Apollo  At its most optimistic moment, NASA had planned a total ten Apollo lunar landing missions, stretching all the way out to Apollo 20. That final mission was canceled early in 1970 so its launch vehicle could be repurposed for launching the Skylab orbital workshop. Congressional budget pressures and flagging public interest in lunar exploration prompted the cancellation of the final two missions forty-five years ago this week. Three canceled missions and the aborted Apollo 13 mission meant that four once-targeted lunar destinations were never visited: Censorius Crater, Marius Hills, Tycho Crater, and Copernicus Crater. This dramatic low-angle view across Copernicus, a 93 km-wide (57 mi) impact crater with a prominent central peak, was taken by the Lunar Orbiter II spacecraft in 1966.