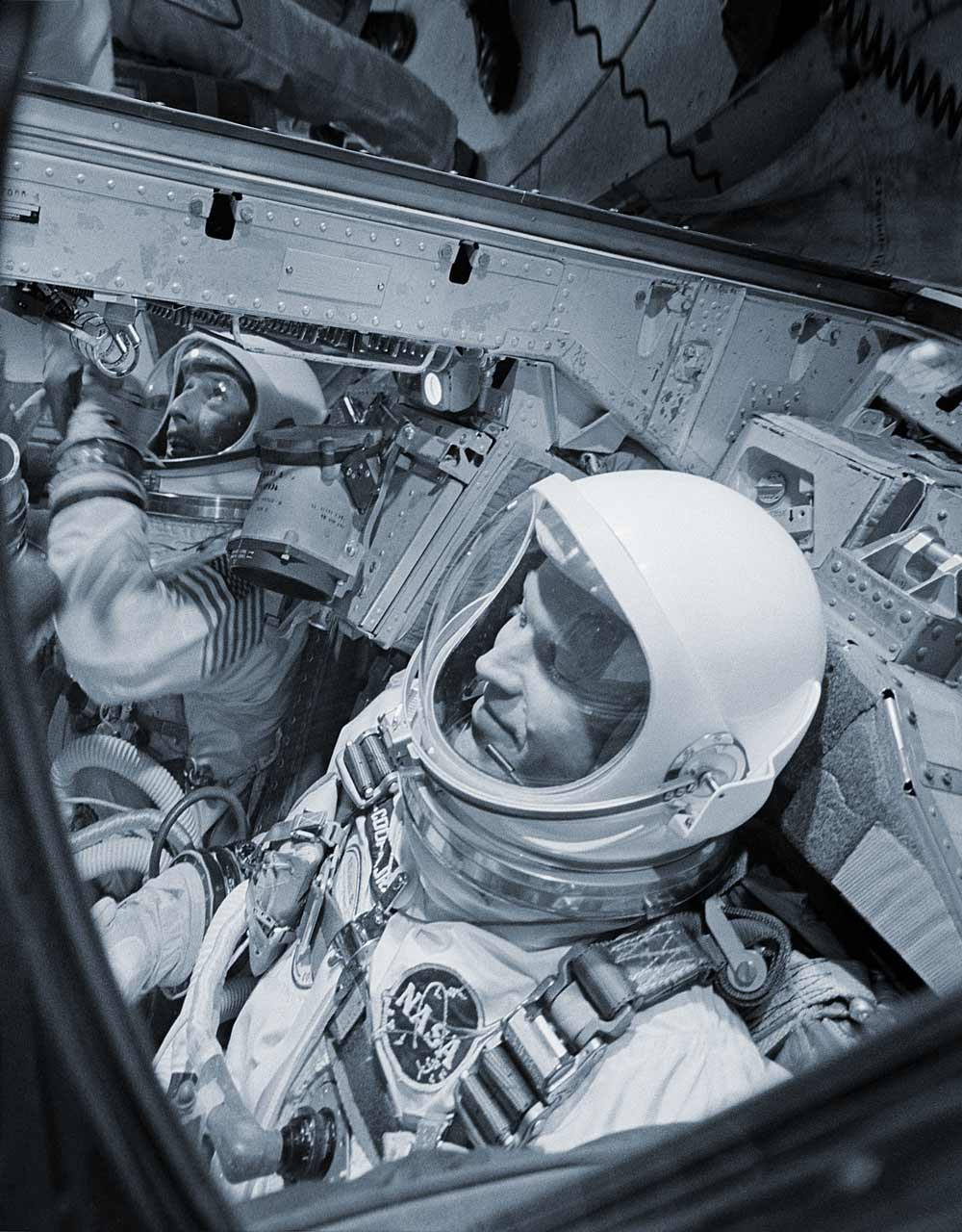 Eight Days in a Garbage Can   As NASA’s efforts to land humans on the Moon picked up speed in the mid-1960s, several skills had to be mastered: spacewalking, rendezvous, docking, and long-duration spaceflight. On Gemini IV, Ed White demonstrated NASA astronauts had the know-how to function outside the spacecraft. Gemini V, NASA’s third two-astronaut flight, which launched fifty years ago this week, kept the crew in orbit for eight days, the projected length of an Apollo lunar landing mission, and set a new space endurance record. Astronauts Gordon Cooper and Pete Conrad are seen here just prior to being sealed in their Gemini capsule, which Conrad likened to a “flying garbage can” because of its cramped quarters, which were not much larger than the front seat of a Volkswagen Beetle.