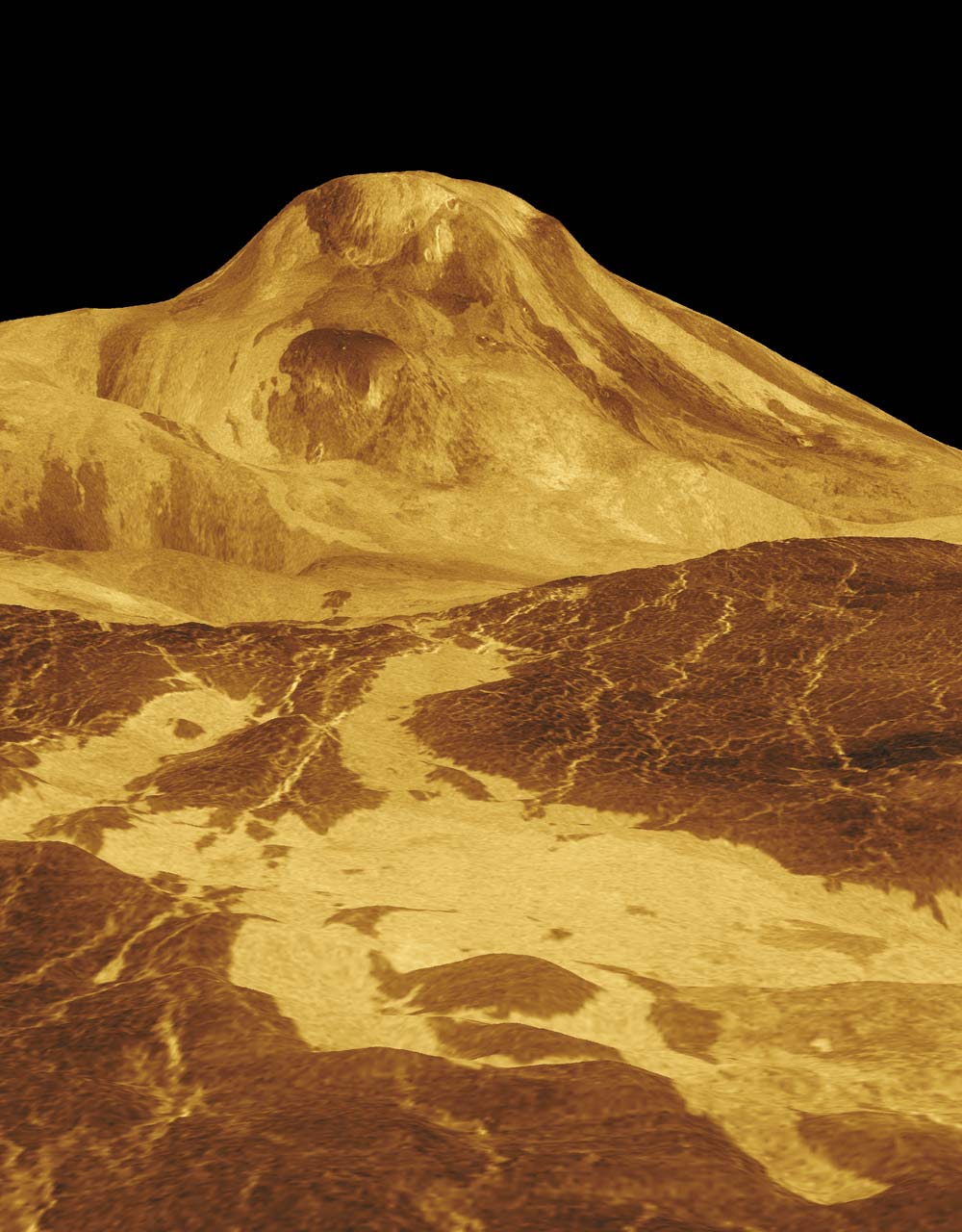 Magellan Gets Down to Business  After a peaceful fifteen-month voyage from Earth, the Magellan spacecraft arrived at Venus twenty-five years ago this week and lost no time getting down to business. Magellan’s job was to map the perpetually cloud-veiled planet using a synthetic aperture radar that could “see” through the thick carbon dioxide atmosphere down to the surface below. Between September 1990 and October 1994, Magellan managed to map 98% of the surface of Venus with a resolution ten times greater than any earlier mission. In this image, the eight km-high (five mi) volcano Maat Mons is displayed in a three-dimensional perspective. The vertical scale is exaggerated twenty times, and color was added to simulate surface hues recorded by the Soviet Venera 13 and 14 spacecraft.

Venus in inferior conjunction (between Earth and Sun)