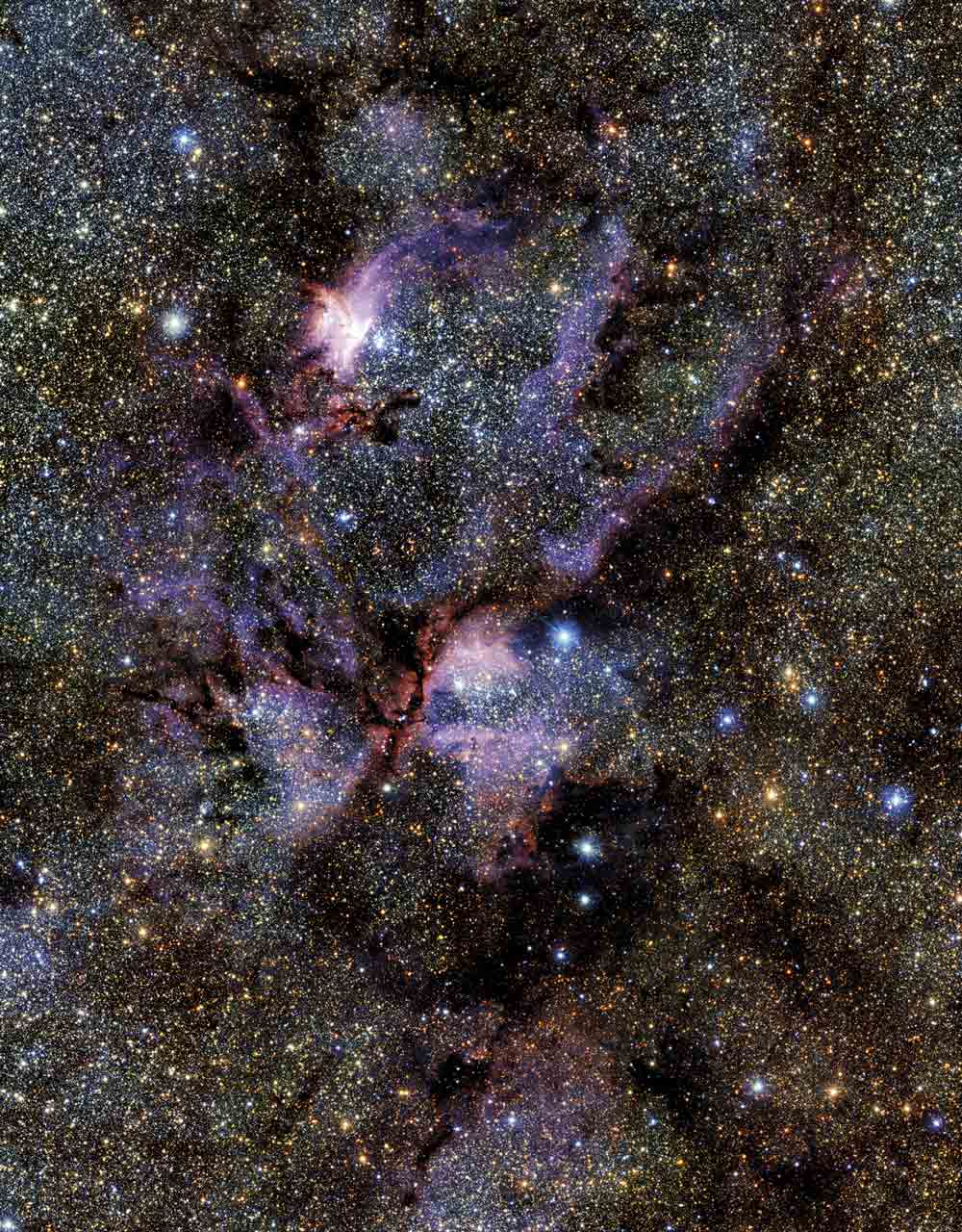 Infrared Lobster  This infrared image of a stellar nursery known as NGC 6357 is part of a survey of the Milky Way being conducted by the European Southern Observatory to map our galaxy’s structure and explain how it formed. Known as the Lobster Nebula because of its appearance in visible light images, NGC 6357 is located 8,000 light-years away in the constellation Scorpius. A bright point of light that can be seen near the center of this picture is known as Pismis 24-1. For a long time, astronomers believed this was the most massive star in the entire sky, with about 300 times as much material as our Sun. Observations with the Hubble Space Telescope within just the last decade revealed it was actually not one, but three stars, all of which are among the biggest known in our galaxy.