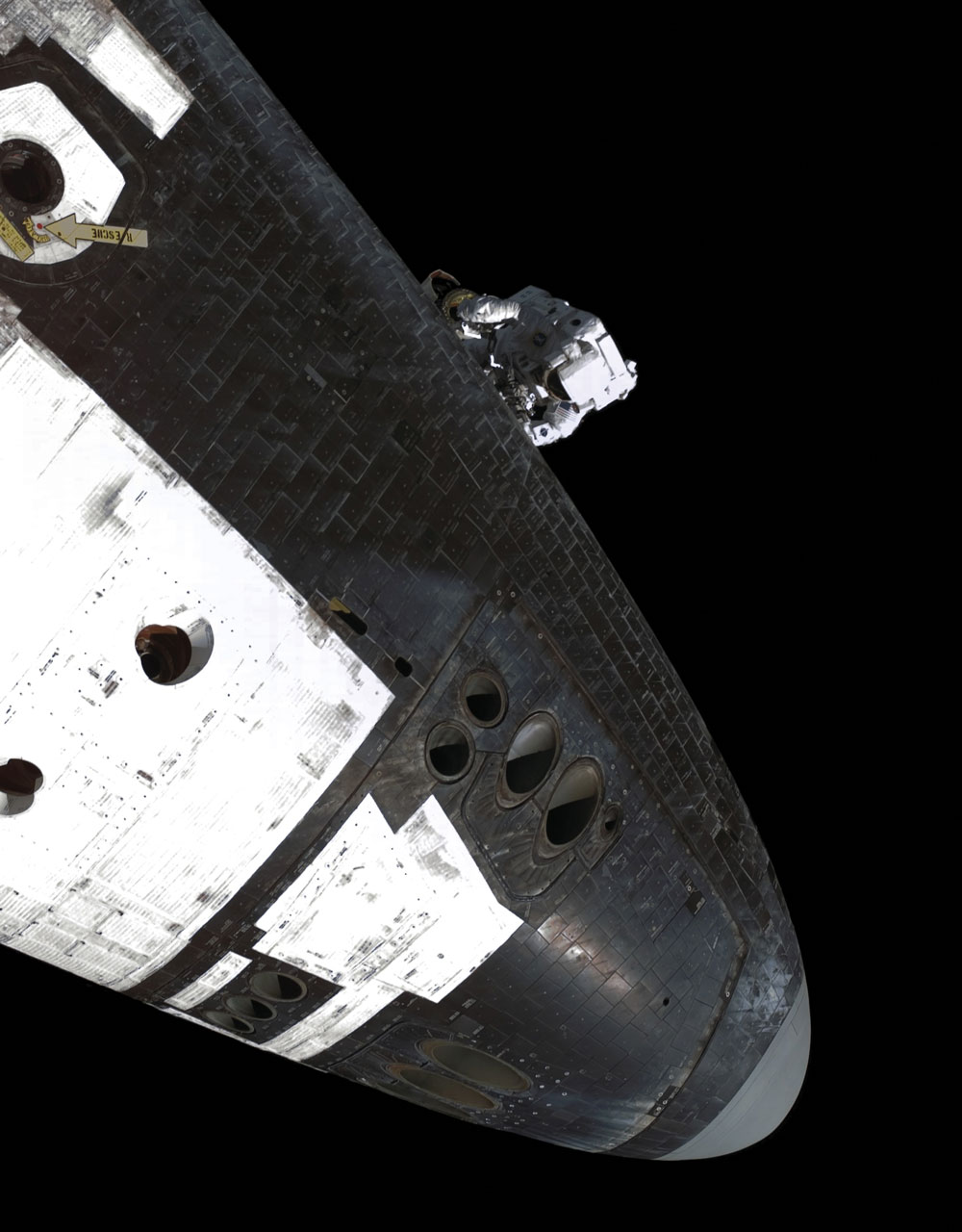 Return to Flight  After the shuttle Columbia disaster in 2003, which claimed the lives of seven astronauts, NASA grounded the remaining three shuttles until the cause of the accident was determined and new procedures were put in place to prevent similar accidents. It was more than two years before a shuttle flew again, and when Discovery lifted off ten years ago this week, one of its goals, in addition to delivering supplies to the International Space Station, was to test new methods to recognize and repair any damage the shuttle may incur during the trip to orbit. The crew used Atlantis’s robot arm to inspect the orbiter, and later, astronaut Stephen Robinson (seen here) rode the station’s robot arm to remove two pieces of gap-filler material from between the heat-shielding tiles on the underside of Atlantis.