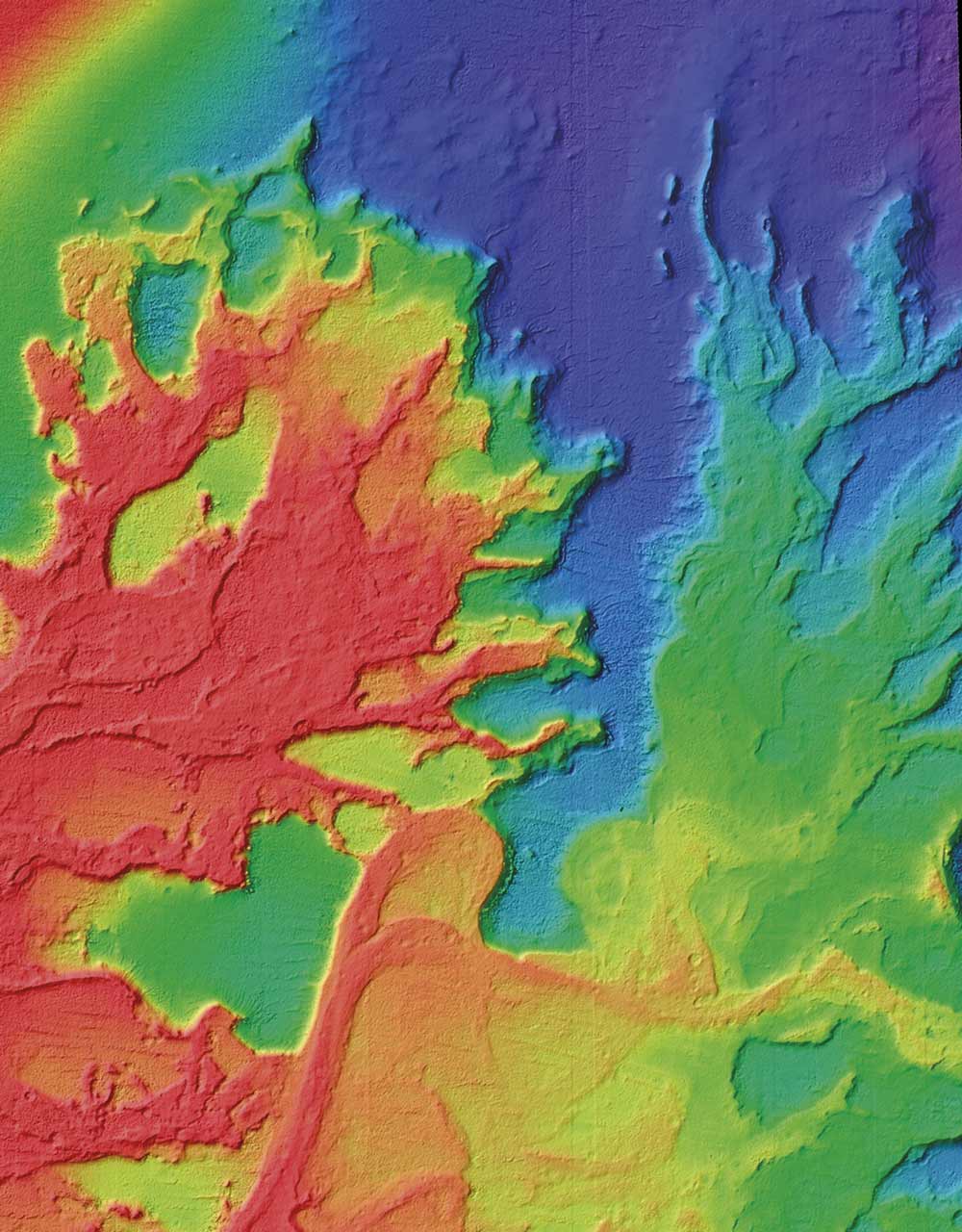 The End of Civilization  Up until the mid-1960s, no one was quite sure if a civilization existed on Mars. Surface markings seen through ground-based telescopes were variously interpreted as vegetative growth, outlines of cities, even canals to transport water from the Martian poles to the arid equatorial regions. Fifty years ago this week, the Mariner 4 spacecraft ended the debate when it passed within 9,846 km (6,118 mi) of Mars and returned twenty-one photos that revealed a barren, battered planet with no signs of civilization. Despite its lack of cities, Mars continues to fascinate us, and our efforts to understand it have grown increasingly sophisticated. Among the spacecraft now studying Mars up close is the Mars Reconnaissance Orbiter, which created this digital model of an ancient river delta.