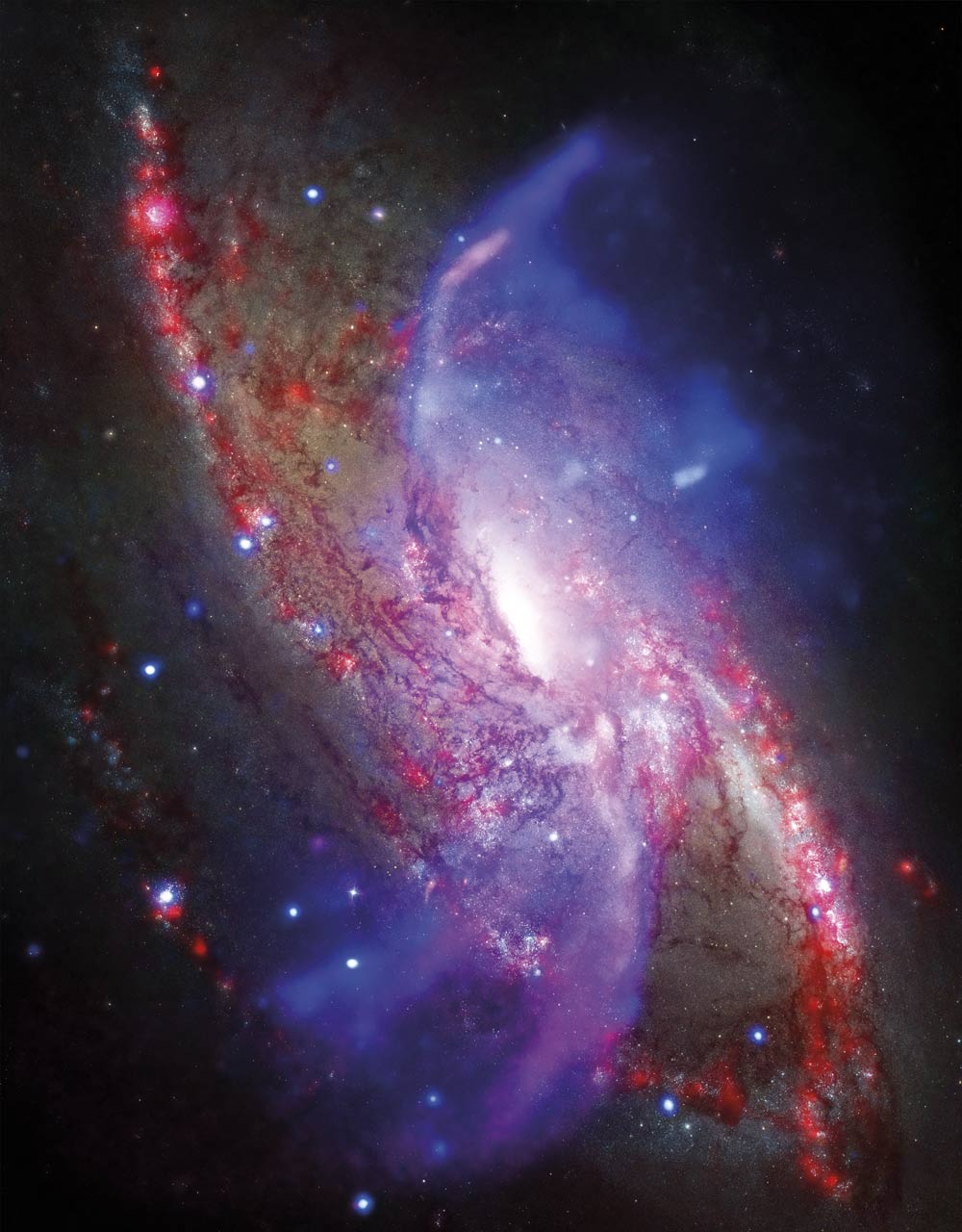 Galactic Pyrotechnics  A spiral galaxy 23 million light-years away displays an ongoing fireworks show powered by a giant black hole, shock waves, and vast reservoirs of gas. M106 (also known as NGC 4258) is famous for its two extra spiral arms that glow in X-ray, optical, and radio light. These “anomalous arms,” seen here in blue and purple, are not aligned with the plane of the galaxy, but instead intersect with it. The supermassive black hole at the center of M106 produces powerful jets of high-energy particles that strike the disk of the galaxy and create shock waves that are heating large amounts of gas—equivalent to 10 million suns. In this composite image from four different telescopes, X-ray and radio data appear as blue and purple; optical and infrared data appear as yellow, red, and blue.

Venus and Jupiter less than 0.4° apart