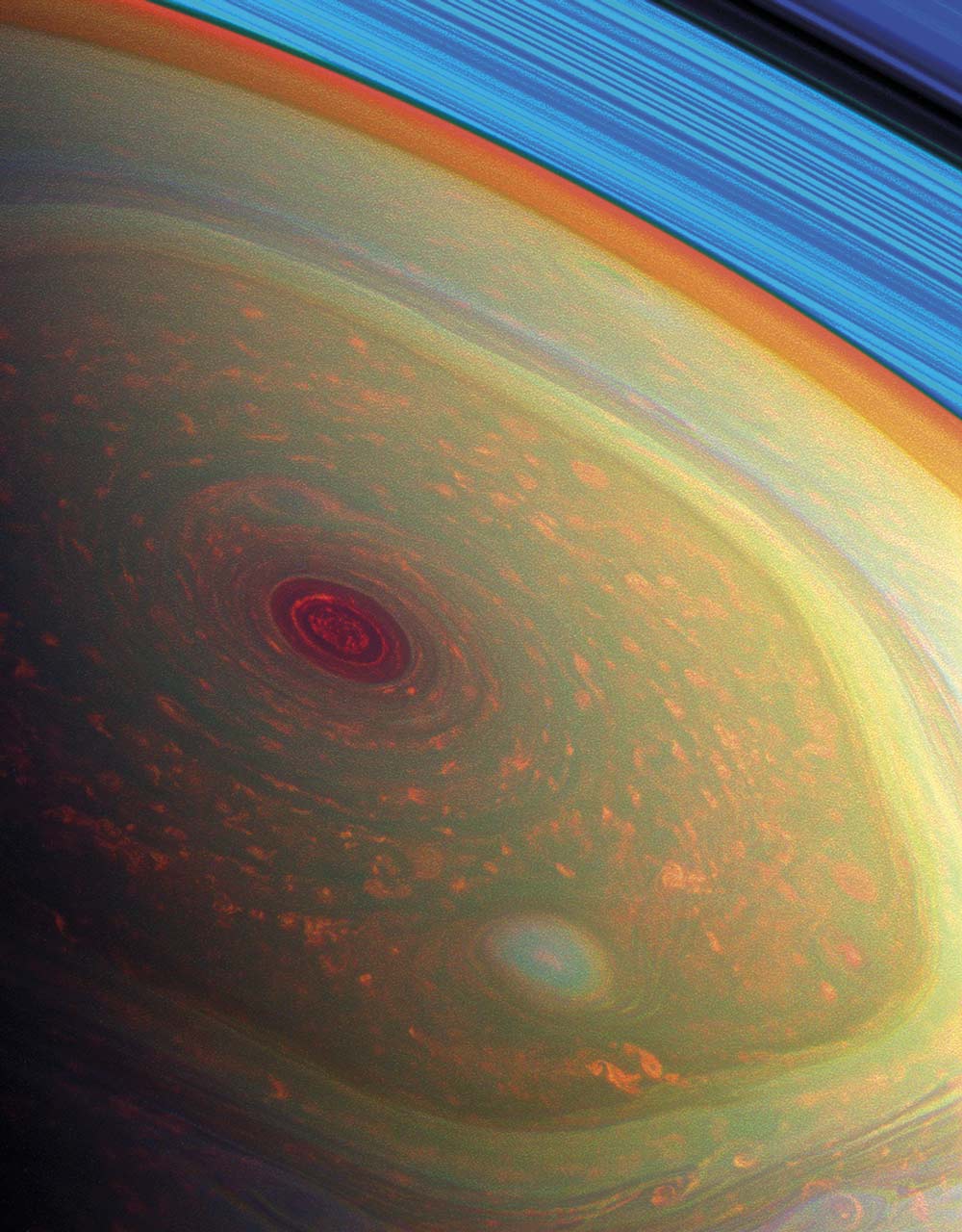 How to Get a Spacecraft Named After You  It’s really quite simple to have an interplanetary spacecraft named after you. All you have to do is be the first person to calculate how fast Jupiter rotates, compute a table of the motions of its moons, and determine the first accurate distances to Mars and the Sun. And it helps if you discover at least four satellites of Saturn (Iapetus, Rhea, Dione and Tethys) and identify a prominent gap in Saturn’s rings. Giovanni Cassini, born 390 years ago this week, did all of these things, and the Cassini spacecraft that has been orbiting Saturn since 2004 is named in his honor. In this spectacular false-color Cassini image, the angry eye of a hurricane-like storm at Saturn’s north pole appears dark red, while the fast-moving hexagonal jet stream framing it is a yellowish green.

Mars in conjunction with Sun
Mercury 0.04° north of Moon