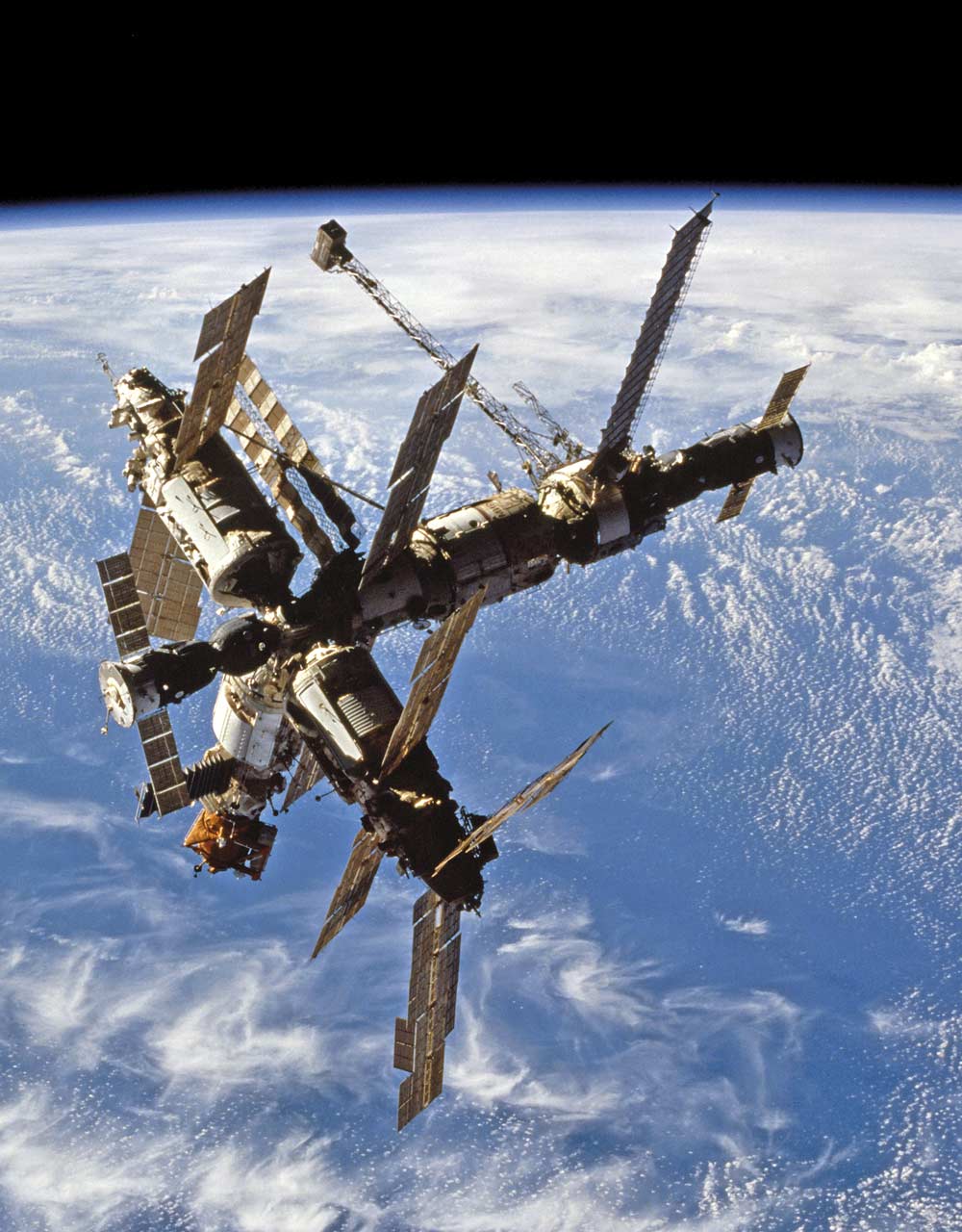 Spektr Spectacle  Launched twenty years ago this week, the Spektr module, seen with its two pairs of solar panels at the bottom of this image of the Mir space station, provided power, scientific equipment for Earth observation, and living quarters for U.S. astronauts visiting Mir. Spektr was badly damaged on June 25, 1997, when Progress M-34, a remote-controlled resupply vessel, crashed into the module during tests of a new guidance system. The module lost pressure and electricity so it had to be shut down and sealed off from the remainder of Mir. In September 1998, two cosmonauts donned space suits to search for leaks and perform repairs inside the unpressurized Spektr. They restored Spektr’s power-generating capabilities, but the module remained sealed and uninhabited until Mir’s deorbiting in 2001.