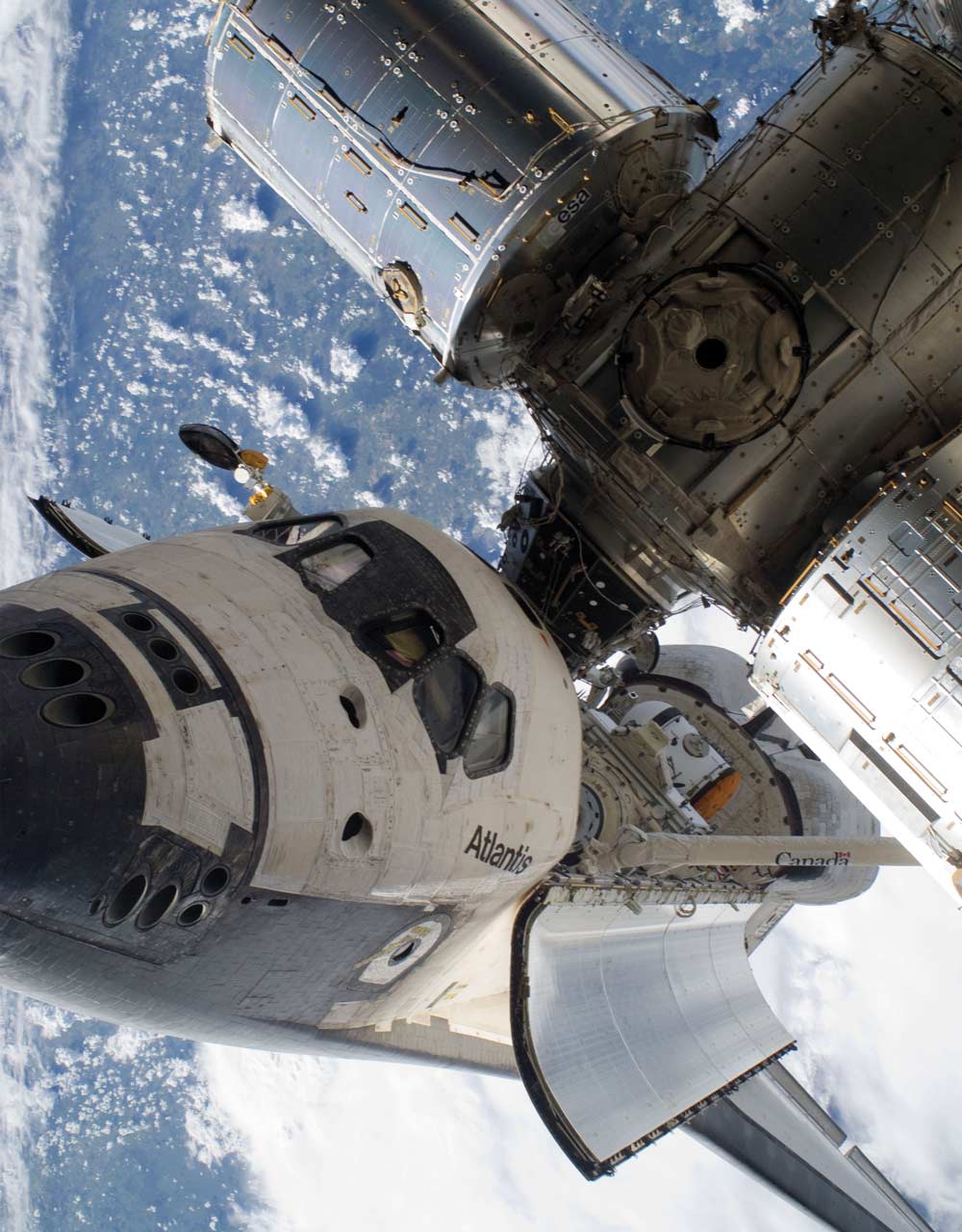 Loading Zone In a dramatic scene captured by a spacewalking astronaut, the space shuttle Atlantis is seen docked to the International Space Station on the fourth day of the STS-132 mission, which began five years ago this week. During the thirteen-day mission, Atlantis delivered an Integrated Cargo Carrier and the Russian-built Mini Research Module (visible at the back of Atlantis’s cargo bay) to the ISS. During three separate space walks, astronauts conducted repair and maintenance on the orbiting laboratory, including replacing batteries, installing a spare antenna, and retrieving a power data grapple fixture for later repair. The day after this picture was taken, using both shuttle and station robotics, the Mini Research Module was removed from the shuttle’s cargo bay and installed on the Zarya module.