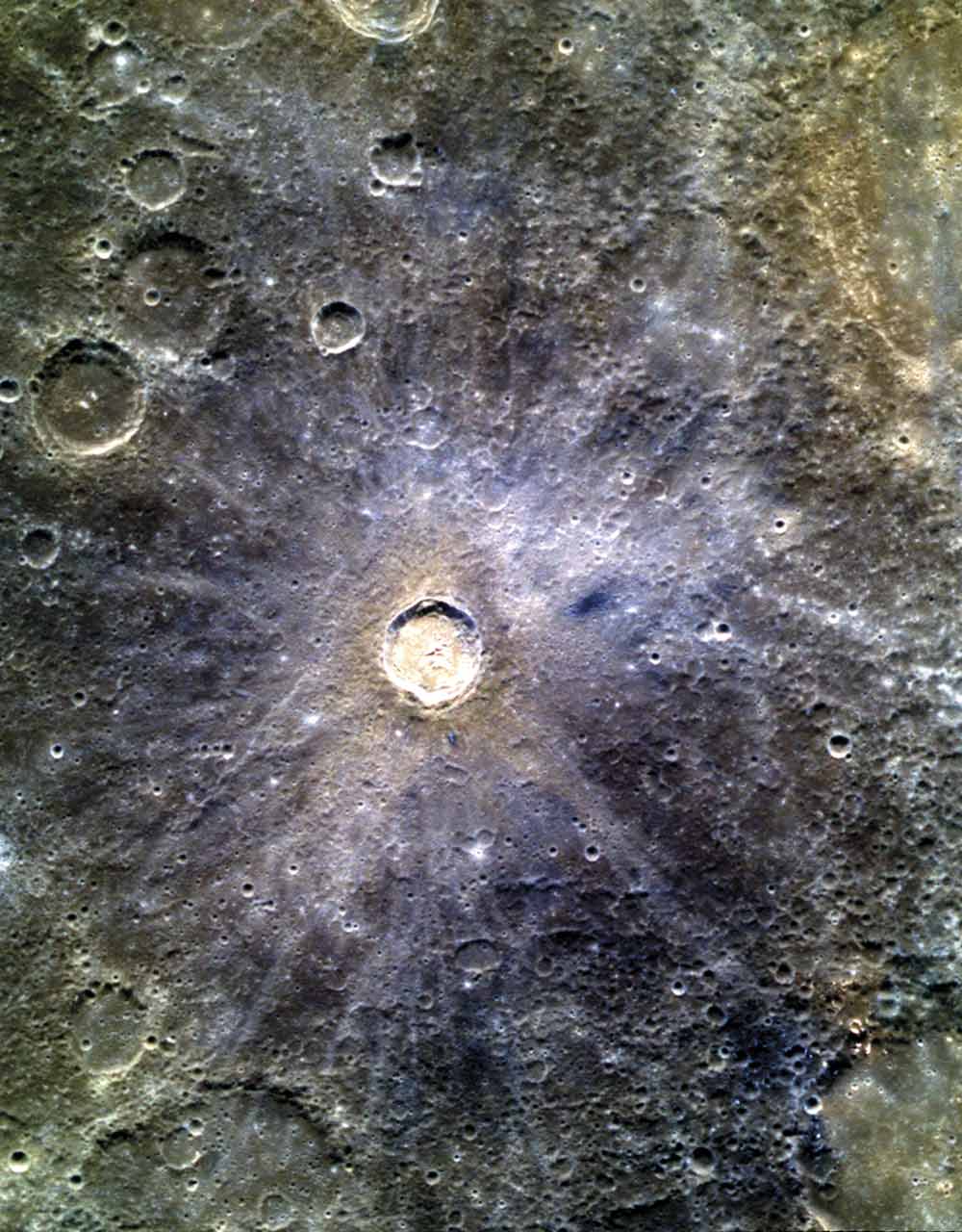 A Glimpse of Mercury  Mercury, the innermost planet, orbits the Sun every eighty-eight days and never strays more than 70 million km (43 million mi) from it. From our perspective, Mercury is always near the Sun, and often too close for viewing. Several times each year, however, Mercury appears at one of its extreme separations, or elongations, from the Sun, and spotting it with the naked eye becomes somewhat less of a challenge. This week Mercury reaches its greatest eastern elongation, a separation of 21° from the Sun, and is visible low in the western sky at sunset, about 20° below brighter Venus. Catching a glimpse of elusive Mercury is worth the effort, but if you don’t see it you can enjoy this even closer view of Tansen, a 27 km-wide (17 mi) crater on Mercury imaged by MESSENGER in 2013.