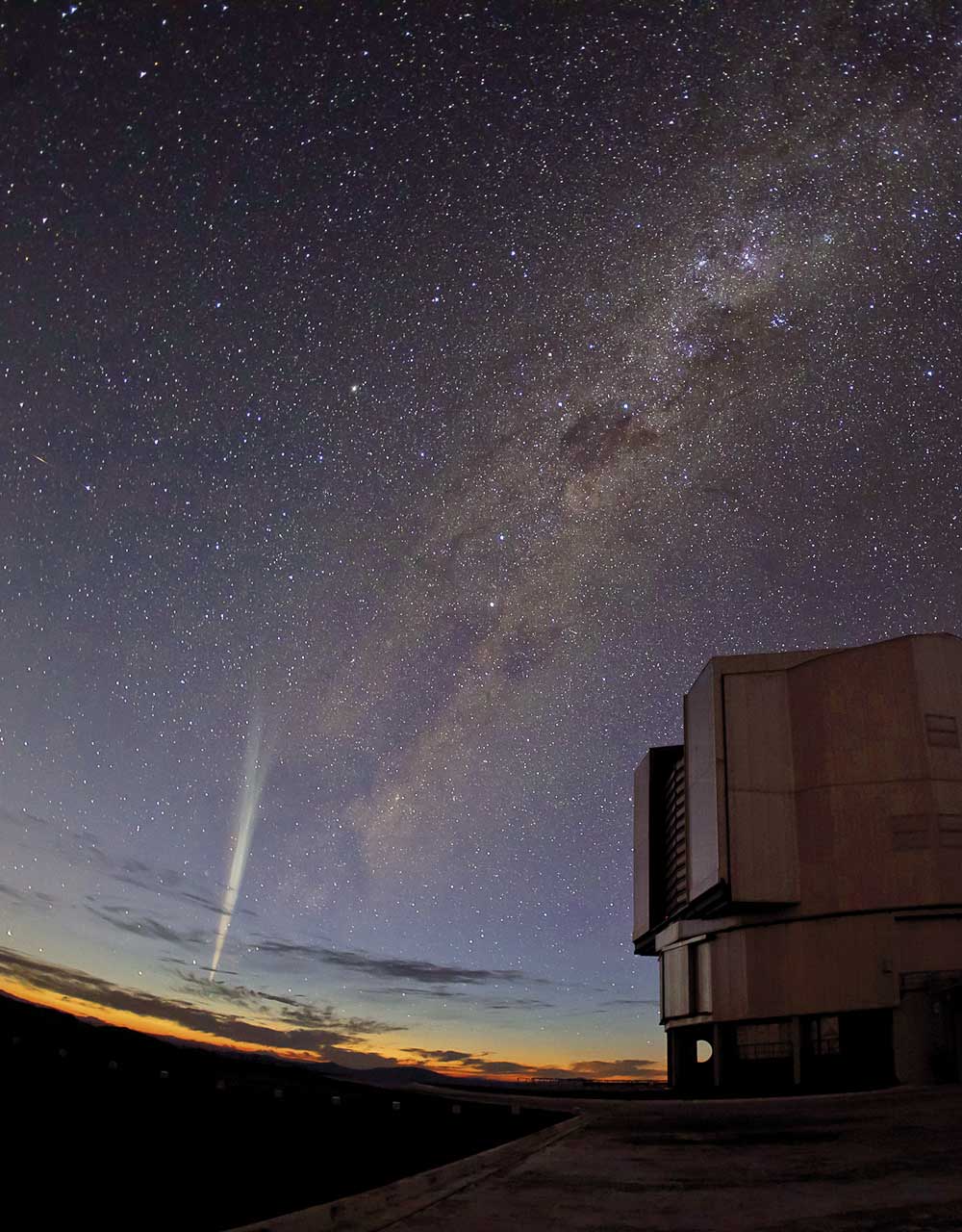 Comet Sage  Not many people see their name in lights, and even fewer have heavenly objects named after them. One of this select few was a Dutch astronomer, Jan Oort, born 115 years ago this week. By the time of his death in 1992, Oort was recognized as one of the greatest astronomers of the century. Both an observer and a theorist, Oort revolutionized astronomy through his ground-breaking discoveries. While still in his twenties, he shook the scientific world by demonstrating that the Milky Way rotates like a pinwheel. He was also a pioneer in the field of radio astronomy, and his study of comets led him to postulate that they originate from a spherical region beyond the edge of the solar system, which is today known as the Oort cloud. Seen here, Comet Lovejoy hangs above the Paranal Observatory in Chile.