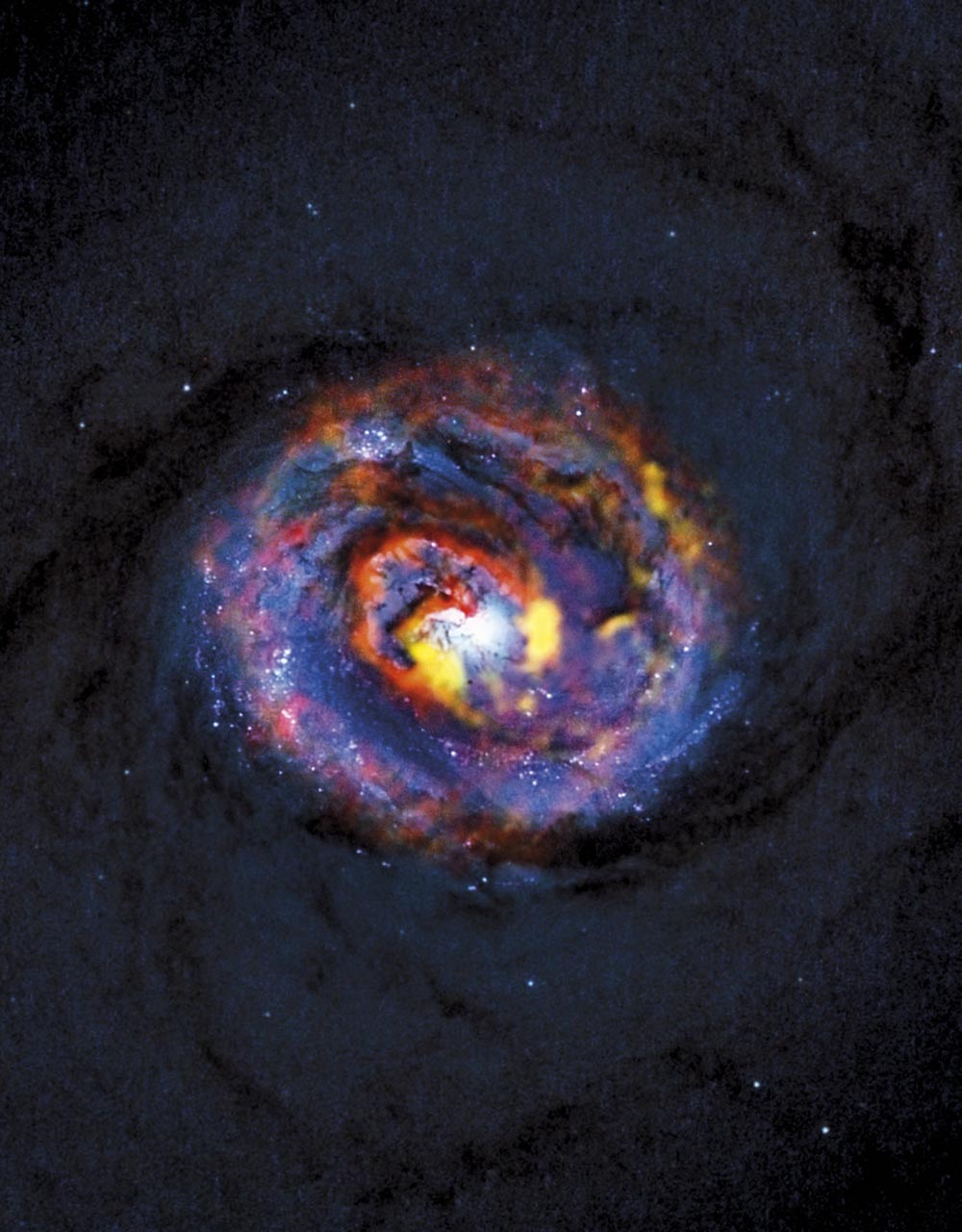 Galactic Heartburn The Atacama Large Millimeter/sub-millimeter Array (ALMA), a powerful array of radio telescopes in Chile, has glimpsed the telltale signs of acid reflux on a galactic scale. Supermassive black holes (SMBH)—with masses up to several billion Suns—lurk in the hearts of almost all galaxies. Early in their lives, SMBHs swallowed enormous amounts of surrounding matter  and expelled tiny fractions of it back in the form of extremely powerful jets. Nowadays, most SMBHs are much less active than in their youth, but the interplay between jets and their surroundings still shapes galaxy evolution. In this ALMA image of the core of galaxy NGC 1433, a bright jet of material regurgitated by the SMBH extends 150 light-years, the smallest outflow ever seen in an external galaxy.