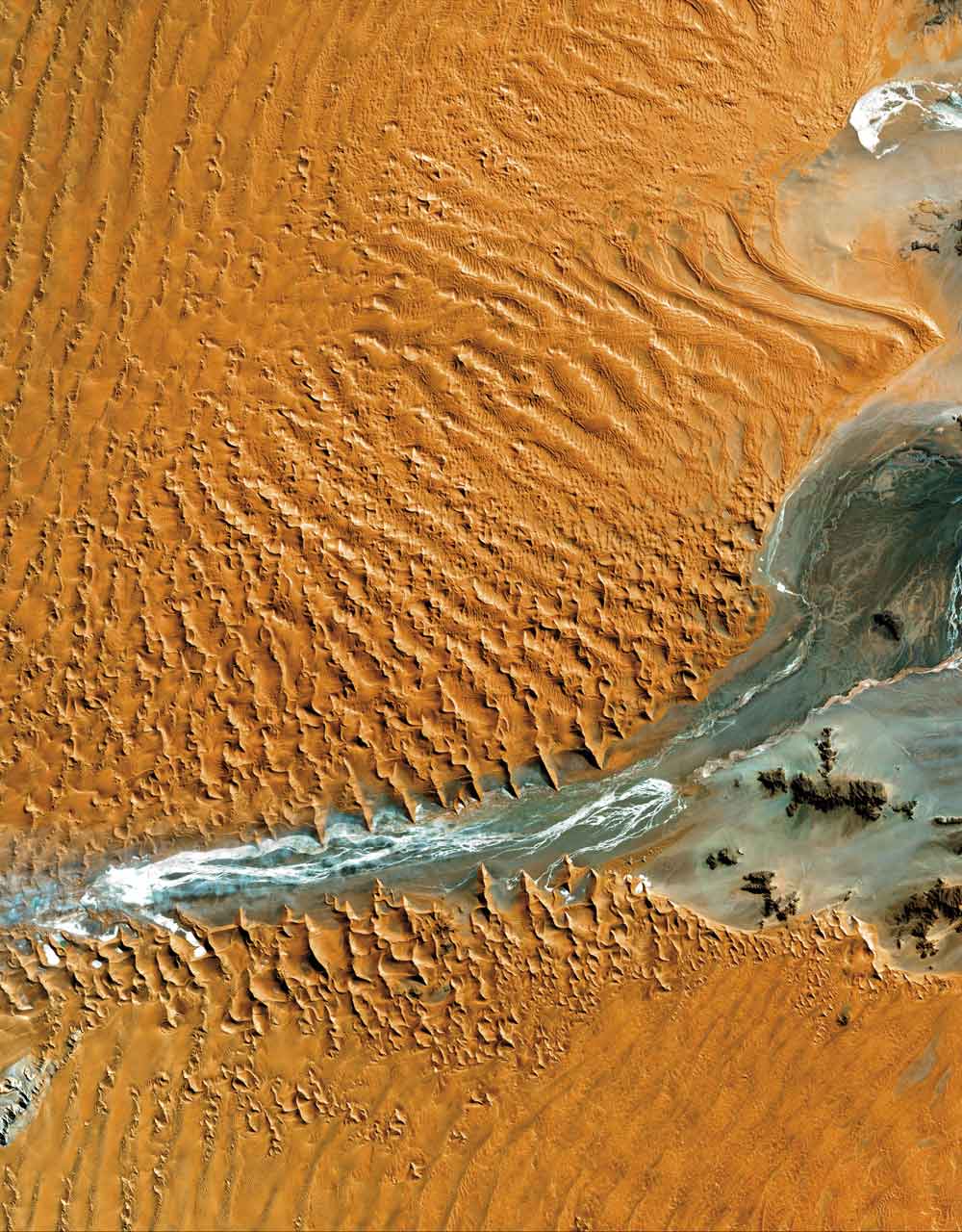 Home Planet #Selfie  Although the dawn of the Space Age focused attention beyond Earth, one of the main reasons for going into space was, and still remains, to learn more about our home planet through observation. The Television Infrared Observation Satellite (TIROS-1), the very first Earth-monitoring satellite, was launched fifty-five years ago this week. TIROS-1 was operational for seventy-eight days, its pioneering video system relaying thousands of self-portraits of a cloud-covered Earth.  TIROS-1 made space-based remote sensing of Earth a reality. More recently, the Landsat 7 remote sensing satellite captured this incredible image of the Namib Desert in Namibia. Coastal winds create the tallest sand dunes in the world here, with some dunes reaching 300 m (980 ft) in height.