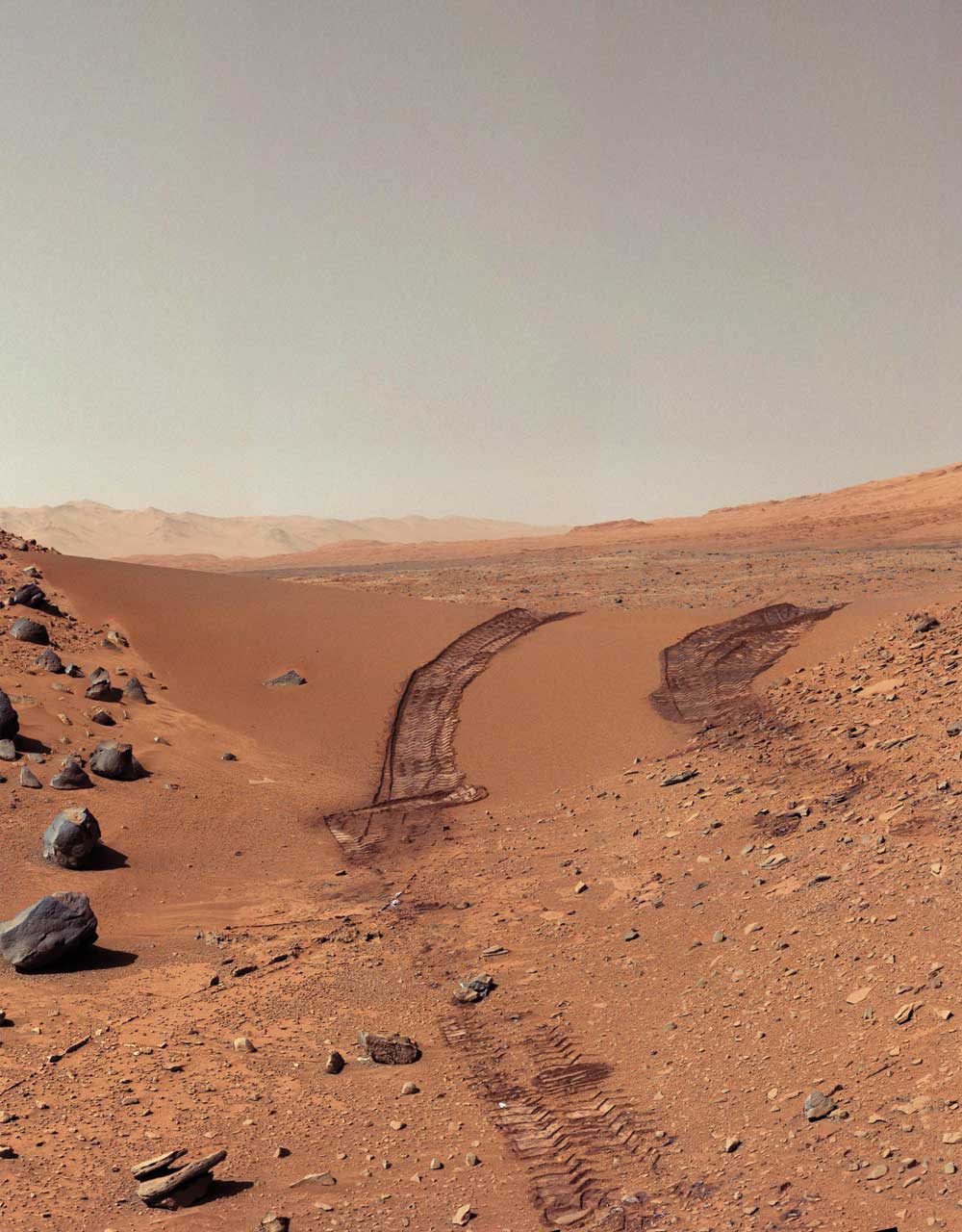 Percival’s Perception Born 160 years ago this week, astronomer Percival Lowell was intrigued by the “canali” that Italian astronomer Giovanni Schiaparelli (born 180 years ago this week) observed on the surface of Mars. Lowell spent fifteen years studying what he believed to be hundreds of intelligently constructed canals (and not simply “channels,” as the Italian word translates). The perceived works of a civilization in dire need of water were really just the vagaries of human vision at its limit, and the canals of Mars are now part of astronomical lore. Flowing water, we now know, did exist on Mars, but in its distant past. A flotilla of orbiting spacecraft and rovers, like the Curiosity rover, whose tracks are seen here, has amassed a growing body of chemical and geological evidence for an ancient, wet Mars.