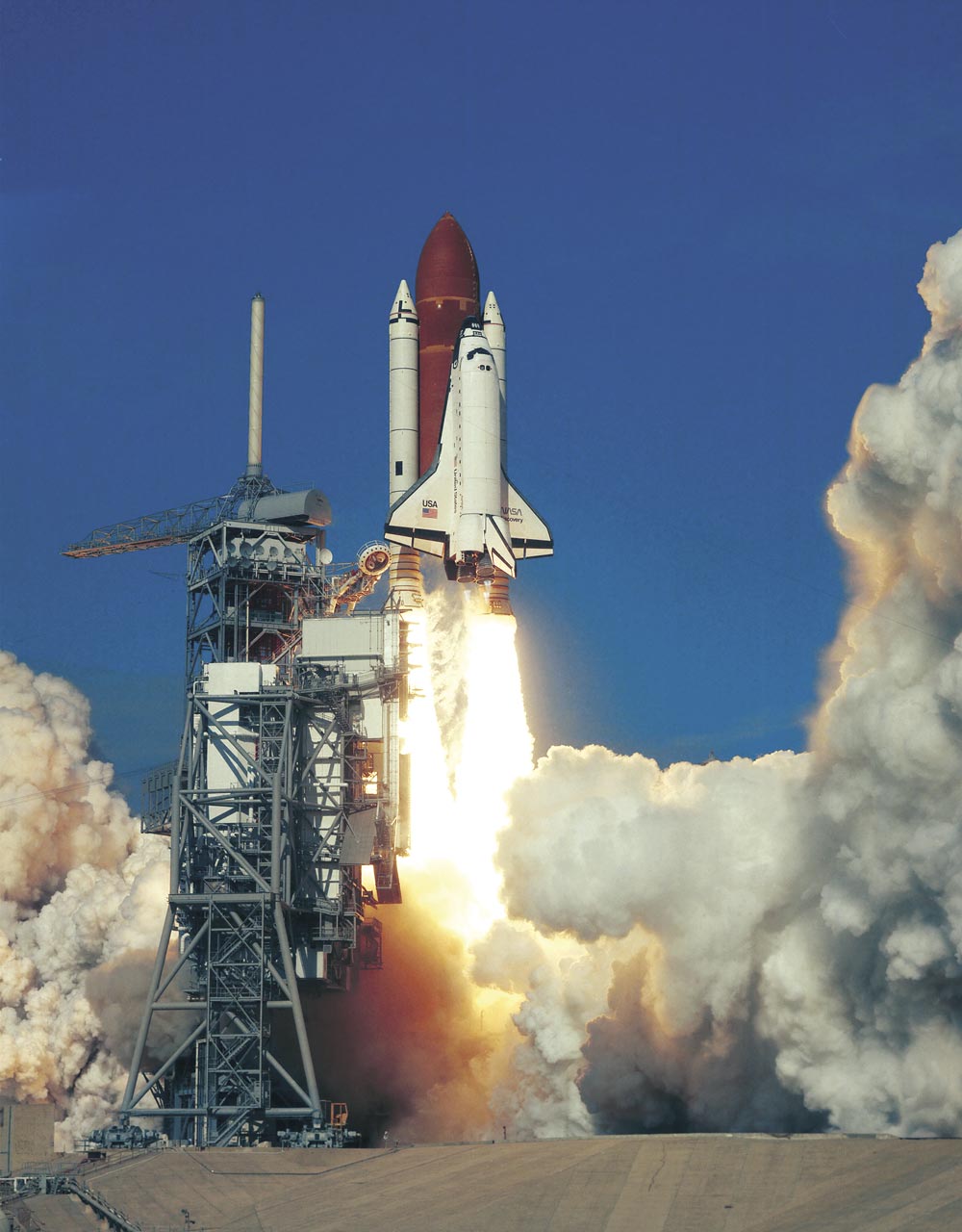 Cloaked in Secrecy  Although several shuttle missions in the early 1980s had carried military payloads, STS-51C was the first dedicated mission for the Department of Defense. Launched thirty years ago this week, the shuttle Discovery and its crew of five astronauts spent a brief three days in orbit. In stark contrast to previous missions, the press kit for STS-51C was much thinner, with only the most basic details about the flight being released to the public. It is believed that the crew deployed a signal intelligence satellite called Magnum/ORION for the Air Force. A rocket motor attached to the satellite boosted it into geostationary orbit, 35,900 km (22,300 mi) above Earth. Commanding this flight was Ken Mattingly, who orbited the Moon as Command Module Pilot for the Apollo 16 mission in 1972.