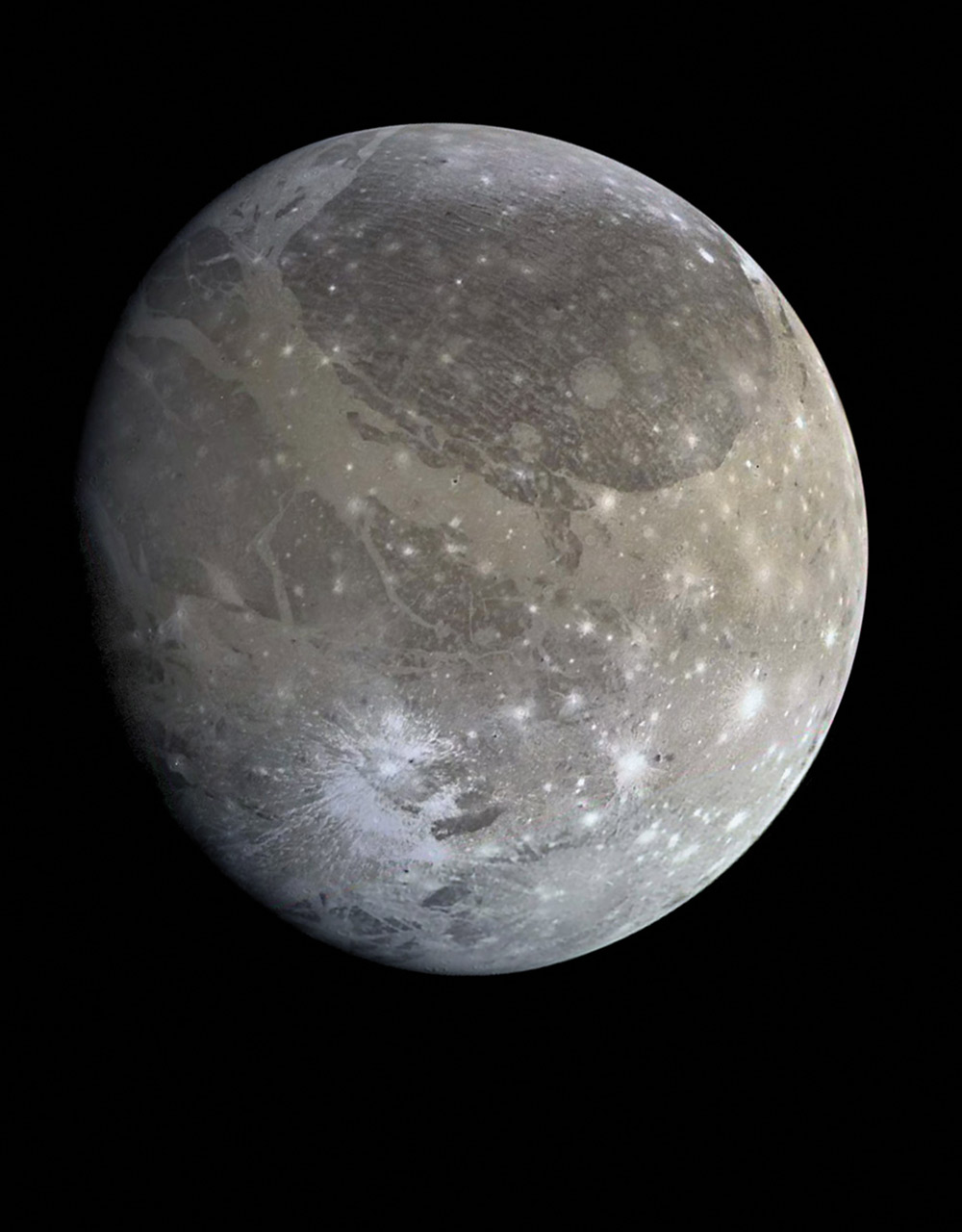 And Ganymede Makes Four  It was 405 years ago this week that Galileo looked through his small telescope and discovered a fourth moon of Jupiter (he had discovered the other three one week earlier). Over the intervening centuries, we have learned a great deal about Ganymede, the largest moon in the solar system. Its diverse surface features indicate that Ganymede underwent several periods of geologic activity. The darker regions are heavily cratered and date from the time of an early bombardment more than four billion years ago. Other regions show fault lines and other evidence of more recent internal dynamics. Half water ice and half rock, Ganymede shows us a frozen record of the geologic process by which part of its ancient, darker surface was replaced by the younger, brighter grooved terrain.